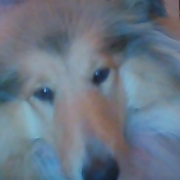 The AUDCHF , after the failed attempt to breach the static resistance placed to 0.78, began a bearish trend . Such trend appear still in act as show the RSI oscillator ( 45) at the moment .

I think that will be an acceleration in this trend with the pair will be able to breach the support provided by the Fibonacci Expansion ( 61,8%) , in this case the pair could to reach the next level (100%) for October
Translate to English Show original Toggle Dropdown