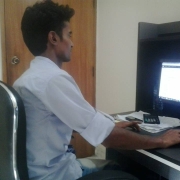 Here are two Charts forecast as below as -

From here traders can watch for a selling opportunity as long as the pair remains below former support on a 4 hour closing basis. A close back above this level would negate my bearish bias and would likely result in a retest of the 137.00 resistance level.
If the bears are able to get behind this move in the coming days, the 133.10 is a likely target. That retest would put the pair one step closer to confirming the larger head and shoulder pattern that has been forming since May. EURJPY Daily Chart: Summary: Watch for a selling opportunity as long as the pair remains below former trend line support on a 4 hour basis. Key support comes in at 133.10 with a break there confirming the larger head and shoulders pattern, which would expose 131.50 as a first level target.

And then ,breaking the 133.10 level won’t be easy, nor will a potential 1,000 pip move materialize of a few days or even a week. Therefore patience needs to be your rally here as any move to the downside will likely be met by several relief rallies along the way.
Translate to English Show original Toggle Dropdown