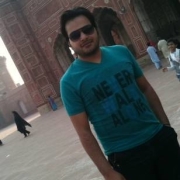 After forming a bullish engulfing candlestick pattern on the daily chart on Tuesday, the USDCAD pair continued to advance yesterday and finished above the 20day SMA (currently placed at 1.2727/30) at 1.2870, after hitting a high at 1.2887. Daily RSI and stochastic indicators are showing loss of upward potential, suggesting at a bearish technical picture. A possible signal line crossover from above by the 2H MACD coupled with the RSI and stochastic grinding lower, reflects at a weak intraday bias. Moreover, formation of a bearish harami candlestick pattern on the 8H chart further supports the above stance. Crucial support is situated at the 1.2805 level, followed by the 1.2780 and 1.2736/35 levels. A breach below the latter might lead to further decline in the pair. Conversely, important resistance is placed at the 1.2869/70 level, followed by the crucial 1.2900 and 4H upper Bollinger band (currently placed at 1.2872) levels.
Translate to English Show original Toggle Dropdown