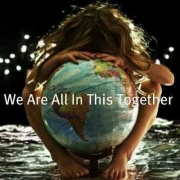 Let's look at the chart here in the image (Weekly chart) , where i drawed the purple lines , we see that the price falled down (first line) wich created the first impulsion of this down move, then the price did a nice correction and hit the 61.8% Fib's level (second line) wich is a strong level for reversal and fall down again to do the seconde impulsion as shown in the image.
After the breakout, the price entered in range where i drawed the big rectangle , So let's see what happened there in the next image. This range is called consolidation phase , where first seller are geting out and buyer try to buy at lower price so seller are selling for buyers , as you see in the chart i drawed two Red ellipse show 2 candles with long wicks, this mean big sellers hands pushed the price down by selling to the buyers . And then big volume comes where as shown on chart , it's the big buyers comes .Imagine those buyer are buying with big volume , so there is big sellers who are selling to them and that's caused the push down before the price rise up. Also we can see a nice Triple bottom is formed and the third bottom hit the 127.2% Fib expansion level of the first impulsion . I love this level when the correction of an impulsion reverse at 61.8% Fib lvl so the 127.2% of the Fib expansion will be a strong support or level for a hight probability of reversal.
What did the price after the reversal is interesting , he broke the range and the two candles with long wicks where the sellers pushed the market , so there is a hight probability that the price will rise up,but we maybe expect that the price will test the range break (Low probability) .

Where could teh price go ?
let take a look at this chart (image) take a look at this Daily chart , you will see that i drawed Two Orange lines where the price is expected to rise , first one is 1.21040 wich is the top of the uper move and seconde target it's the 127.2% Fib expansion with a hight probability to hit.
For those who want to benefit from this opportunity of this long terme trade let's look this image chart; This is 4H chart , as you see i drawed a blue line show a strong support level the price is expected to pull back and go up , so i suggest
to enter for long Trade when the price break the orange line that i drawed wich is 1.17970 ( idrawed the expected scenario.

Thank you for your attention.
Translate to English Show original Toggle Dropdown