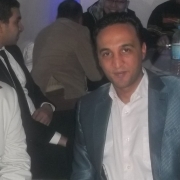 The Bank of Canada is likely to leave interest rates unchanged at 1.25%, but markets are likely to move. The event on April 18 at 14:00 GMT consists of new forecasts and a press conference by Governor Stephen Boloz and Representative Caroline Wilkins of 15:15 GMT.The Ottawa-based institution has many things to keep in mind.Four reasons to welcome1) North American Free Trade Agreement (NAFTA): In the previous rate decision and in the ensuing public appearance, Bolouz expressed concern about the fate of the North American Free Trade Agreement (NAFTA). Canada relies heavily on trade with the United States and it was hard to imagine a world without NAFTA. Uncertainty about the future was a recurring theme and could be addressed first and foremost.Here, there seems to be a lot of progress. The US has dropped its demand for US content by 50% as a condition for NAFTA cars, opening the door to much development. While the United States is focused on China, NAFTA negotiators as well as Canadian Prime Minister Justin Trudeau expressed optimism about an agreement. It seems difficult to reach an agreement before the Mexican presidential election campaign begins in May, but confidence from politicians can undoubtedly turn into central bank optimism. 2) Oil Prices: Tensions around Syria have pushed oil prices to their highest level since 2014 However, Canada's major exports have more favorable fundamentals. Supply does not meet demand and stocks face withdrawals. OPEC and non-Opec members are keen to continue their partnership in cutting production for a long time, which also supports rising crude oil prices. This is good news for Canada even though production is stagnant.3) Labor Market: After leaps in November and December and a fall in January, Canadian labor returned to healthy growth in February and March. An increase of 32,300 jobs last month is encouraging. Wage growth also seems healthy.4) Rising inflation: We will get updated inflation data for March on Friday, but the data for February are encouraging. Main inflation rose by 2.2% as of that month, core CPI rose 1.5%. Both are in increments. Other measures of fundamental inflation, the average hedging, and the CPI are all moving upwards. This is far from being out of control, but the Bank of Canada may be inclined to raise rates of inflation curbs rather than the other.Not everything is rosy in Canada. Apart from the final signing of the North American Free Trade Agreement (NAFTA), house prices in Toronto are falling, raising concern about the housing market in general. In addition, the economy shrank in January by 0.1%. This is likely to be a one-off event but it still raises concerns.However, since the recent decision on the interest rate, we see a drop in the number of clouds over NAFTA and healthy growth in jobs, inflation and oil prices as well
Translate to English Show original Toggle Dropdown