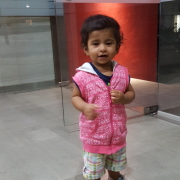 EURO AREA
CANADATECHNICAL ANALYSIS: EUR/CAD is in uptrend on weekly and monthly chart.

WEEKLY CHART: It is uptrend. MONTHLY CHART: It is in uptrend.

Recently Crude Oil prices got week, so CAD got weaker against other major currencies. I expect some recovery in Crude Oil prices so CAD will also bounce back. As in last meeting Central Bank of Canada said economy is growing at faster pace than anticipated.
Translate to English Show original Toggle Dropdown