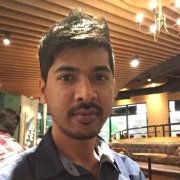 CHF
Switzerland's economy is on the path to recovery as the SNB's negative interest rate policy is bearing fruits. Swiss Francs status as safe heaven currency keeps the currency overvalued forcing the SNB to intervene in Forex market from time to time. SNB is likely to try to devalue the CHF to some extent further to avoid the CHF from being overvalued.

Weekly Charts:
Bollinger Bands: Bollinger bands on weekly charts for CHF/JPY are in contraction phase as CHF/JPY has trades in a very tight range for many weeks now. Price is breaking below the middle band which is indicative of downside momentum for the time being.
RSI: RSI is running in the bearish zone of below 50 levels for last couple of weeks.
Taken together Bollinger bands and RSI are in bearish mode for CHF/JPY on weekly charts. Monthly Charts:
Bollinger Bands: Bollinger Bands are in contraction phase as the price momentum is waning since last couple of months while CHF/JPY is just holding above the middle band.
RSI: RSI has remained in the bearish mode of below 50 level for the most of the months of year 2017 and I am expecting the December to just end in a similar manner.
Taken together Bollinger bands and RSI are in bearish mode for CHF/JPY on monthly charts.