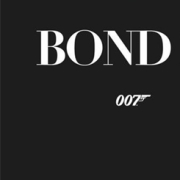 EUR EURO ZONE
Fundamental: The European Central Bank held its benchmark refinancing rate at 0 percent for the eighth straight time and left the pace of its bond-purchases unchanged on January 19th, as widely expected. Policymakers confirmed the monthly asset purchases will run at the current monthly pace of €80 billion until March, and from April, they are intended to continue at a monthly pace of €60 billion until the end of the year.
GBP UNITED KINGDOM
TECHNICAL:
TOOLS USED: Stochastic, ADX, Alligator Indicator, Accelerator, Fibonacci Retracement.
WEEKLY CHART: