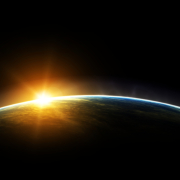 The Danish Krone trades with a 2.25% band against the EUR and has done so since the 80's, however in the last 12 months the EUR has appreciated firmly pushing the upper end of the band, while at the same time other scandi fx pairs such as EURNOK and EURSEK have been weaker with the marginally stronger Scandinavian nations being pseudo safe havens.
However the recent rise has been uncharacteristic and is due to reverse towards a mean value around 7.4525. A long term chart (plain) can be seen below

A lot of the recent fall in DKK has been attributed to the recent Central bank rate cut, but this has already had its impact and when comparing relative fundamentals then it is clear that t Denmark is much stronger than the Eurozone. Furthermore with the DK10DE10 yield spread trading at -11bps the recent move in EURDKK hasn't been supported by the fixed income markets and as it stands the yield spread values the FX pair at 7.4540.
Looking away from the cross market technicals and at the EURDKK we can see below a daily chart -

Currently we are bounded in a triangle formation which has a low probability of breaking higher due to trading limitations within the band, because of this there is a much greater chance for the EURDKK to fall back to wards the lower Trend line around 7.4510. Overall the Fibonacci level at 7.4505 should hold any further falls as it has done thrice in the past.
Combined with the overextended price action and overbought Stochastics and RSI we see that over the coming few weeks the EURDKK is likely to fall.
Overall, considering the trendline confluence, yield spread, trading limitations and technical indicators. We can see that the target of 7.4525 is most definetly possible.
Translate to English Show original Toggle Dropdown