Introduction
In my last article i have informed you where you can get information to learn about Java, JForex API and start to introduce and explain some steps needed to build our strategy and his structure . In this article we are going deeper on this aspects. I'm thinking about a Strategy for automated trading that can be used for Strategy Contest, Demo Accounts trading but don't try it on Live trading (well, you can use, but i'm not responsible for any losses you get with it, but if you get big wins - really big - i ask you to remember me to give me at least the thanks, nothing more).
Going deeper... 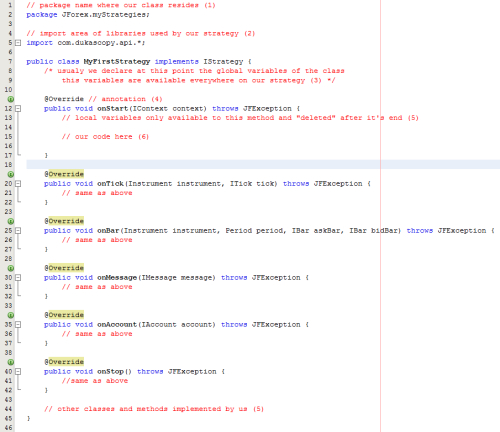 Image 1: If You don't have read my last article, this image represents a functional but empty strategy.
On last image we have the beginning of our strategy, sligthy different of the presented on last article because i want to introduce to you some new concepts not present there:
Comments
At first sight, we think that comments are useless on our learning path, they are a harassement and a loss of time (me included at my start in programming - i want to code not to comment). But from my experience they are really a thing we must to get used with them specially if are developing something more complex. I'm not a programmer but my activity is related with it and i do some programming for things i need, sometimes for my friends as a hobbie. As i don't have much time available, sometimes i leave some projects without touching them a long time. When i came to them, when i have comments on code it's easy to get in as this comments explain what i want to do and what the code does in generality and don't need to get again over the code. Also, this comments (if we follow the javadoc specification) we can have our code well documented and this code can be used by everyone without the need to analyse it. In Java, as in other languages, we comment our code the following way (you can see it in red in last image): 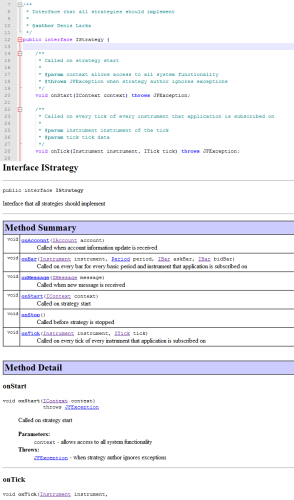 Image 2: At top some code from JForex API - interface IStrategy and it's comments and below part of the resulting javadoc page generated by the comments on code. We can see how that comments are useful and important.
Annotations
Annotation act like metadata for Java (in version 1.5 and later). With them we can do configuration directives, method and class transactions, version control, unit tests, validate something and even to do some action among others. We can use the default Java annotations or create or own annotations, but in this case we must create the code who is responsible to treat this annotation. In first image we have one example of default Java annotations with the "@override" annotation where we are saying we are rewriting some method/function from the superclass, in this case IStrategy class. Don't make confusion with the "@param" for example in the comments on second image, this are directives for javadoc, not for Java! In JForex API we have some implemented annotations for it and they are very useful to allow us more flexibility on our code. Until now i find three very useful: @Configurable,  @Library and @RequiresFullAccess. Each one allow us to:
[CODE]
......
// Selection of the currency pair to trade
@Configurable("Currency Pair:")
public Instrument myInstrument = Instrument.EURUSD;
//  Selection of the time frame used
@Configurable("Time frame:")
public Period myPeriod = Period.ONE_HOUR;
// Selection of the value of the position used to open trades
@Configurable("Position Size:")
public double myPosition = 1d;
// Selection of Stop Loss for each trade
@Configurable("Stop Loss value:")
public int myStopLoss = 20;
// Selection of Take Profit for each trade
@Configurable("Take Profit value:")
public int myTakeProfit = 40;
......
[END CODE]

Image 3: The window that appear when we start our strategy with the code above; on right we see the possibility to change the values.
The last image show us the window that popup when we start the strategy where we can change the values of the @Configurable variables and save this changes on different presets with the name we want if we want to use this values later without to have to define all of them over again.
Note: The @configurable directive is useless in Strategy Contest as the strategy runs on the Dukascopy server and all variables are initialized with the values on the code as we don't have the choice to redefine them. But this directives are useful to see how our strategy acts on Demo or backtesting with diferent values.
Final words
This series of articles are getting bigger than i initially expected. At this time, when writting it, some concepts came to my mind, write about them and i end up without space to begin to build our strategy. But i think they are a good way to understand what we are doing and to avoid loss of time later.  I hope you like this series of articles, and as usual your opinions,  comments or private messages are welcome.
Trade well and prospers in you way!
JL
Translate to English Show original Toggle Dropdown