Introduction
For the first time since October 2008, we are witnessing the USDZAR trading above 11. With Mr Lesetja Kganyago taking over as Governor of the Reserve Bank of South Africa (RBSA) on the 9th of November 2014, the investment community is eagerly waiting for action.
This Article looks at the fundamental and technical aspects affecting the rand.
Monetary policy

The monetary policy in South Africa (RSA) endeavors to create a stable financial environment that is essential for economic growth and employment creation.
In February 2000 the RBSA introduced an inflation targeting framework and under this framework the inflation target was specified as a range between 3% and 6%. This band, together with the actual inflation rates achieved are shown in Fig 1.
Fig 1
As of September 2014 the inflation rate in RSA was 5.9%. This shows that inflation is close to the upper bound of the range and there is need from the central bank authorities to keep it in check. However inflation is not at problem at the moment and there is no need for action at the moment.
[list][/list]…

Content :
Investing money for a long-term trade is always more secure when one has an edge over the product.
I believe the South African Rand will continue to strongly depreciate over the next 10 years. Living in South Africa, one can see the demise on a daily basis. Here is a little insight into our currency :
Body :
Up to around 1982, the Rand was worth approximately $1.40. Today, it is worth approximately $0.10.
Our GDP hovers around an average of 3.6 % growth per annum with a total previous GDP of 351 Billion USD. We have a population of approximately 49 million. That calculates to around 7 Billion USD per million people. In comparison, the United States Of America has a previous GDP of 16800 Billion USD which equates to approximately 536 Billion USD per million people. Productivity in this country is not good.
Our unemployment rate stands at 25.2%. Only Greece has a higher unemployment rate, at 27.3%. The unemployment rate of the United States Of America is 6.1%. There is a culture amongst many South African’s to share the income, so the quality of nutrition and other educational tools is diluted considerably. I was at the supermarket the other day, around the 1st… 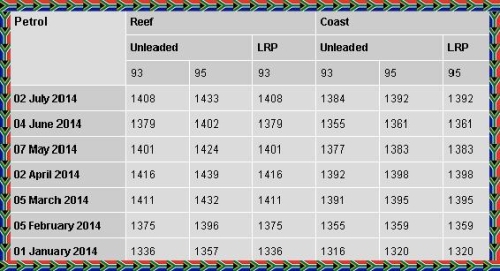