Macron a 39-year old former investment banker won a decisive victory on May 7. He gathered more than 66% of the French vote against far-right’s 33.9%.
He now tackles a battle to gather a parliamentary majority in National Assembly elections on 11 and 18 June.
Macron worked for Hollande from 2012 to 2016, first as a senior adviser and then as economy minister. Opposition from Hollande’s Socialist camp forced Macron to backtrack on his ideas and proposals.
He resigned as economy minister and branded his fledgling political movement, En Marche!
A historical perspective offers similarities among Macron’s election and Napoleon’s arise to power.
During the French Revolution, from 1795 to 1799, the army led by Napoleon Bonaparte was nearly unstoppable. Brilliant victories brought him recognition, wealth and support.
Hearing of instability in the country, Napoleon deserted the battle field and headed back France. When returned, he overthrew the Directory (a committee which governed France from 1795 to 1799) and dissolved the legislature.
He instituted himself as first consul and the leader of a military dictatorship. Napoleon effectively ended the French Revolution.
Macron glimpsed Na…


France is one of the founding member of EU and it have most significant impact of economic policies of Eropean Union. France strongly influence the euro regions economic and social policy decisions. As it have significant impact, so the country's Presidential poll will have strong impact on the euro, influencing whether it continues its long running weakening trend or even in euro's reversal towards greater strength in the upcoming time.
France economy approximately represents 15% of total GDP of European Union. Politically, France is important decision maker in Europe. The nation elects 74 of 751 seats in the European Parliament, or close to 10%. Some parliamentary decisions require a simple majority and others require an absolute majority. France has 29 of the 352 votes on the EU Council of Ministers and 260 votes are needed on the council for a majority. The council of ministers, whose members are appointed by the respective EU governments, shares legislative responsibility with members of parliament, who are elected directly by EU citizens.
Main issues in France's next elections are varied, which includes how to tackle the France's high unemployment rate as well as the nation… 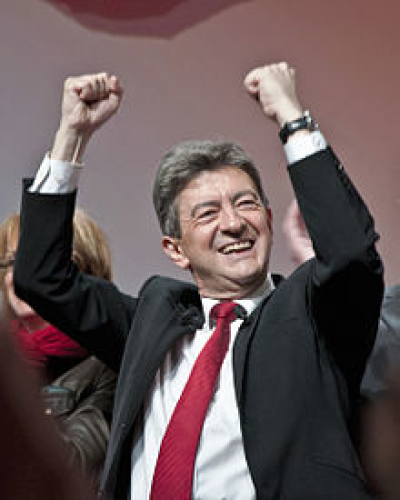 This article has been structured to be read in a row or by skipping the sequence displayed - reading the part written with a non-bold font and the part written with a bold font independently.
By the end of the 18th century, France was on the brink of bankruptcy. The country was being charged with high costs due to the involvement in the American Revolution and extravagant spending by King Louis XVI (1754-1793).
The increasingly numerous and prosperous elite of wealthy commoners in France (bourgeoisie) aspired to access political power.
A revolution seemed necessary to apply the Enlightenment ideas of Montesquieu, Voltaire, or Rousseau widespread among the wealthy and educated.
In the second decade of the 21st century, the debt crisis stalled in Europe. The EU helped several countries to confront their difficulties by establishing (with the IMF and the ECB) bailout programs.
The burden created by the debt crisis coupled with the influx of migrants triggered Euroscepticism. The European society braces with high levels of unemployment and a challenge imposed by technology and automation.
These conditions are propelling the flourishing of populist-nationalists parties among several o…