Mr. Donald Trump's rise as next president of USA has taken many by surprise around the globe. If we were to believe mainstream media, seasoned political analyst, policy wonk, opinion polls,and even betting industry odds: the chances of Mr. Trump emerging victorious were so low that not many bothered to give a serious look at his plans for the US economy and the society at large. As the destiny would have it Mr. Trump is there ready to take charge at the White house as the 45th President of United states of America. There will be many new developments in economy breaking the status quo as Mr. Trump has promised to make america great again.
If we look at the US equity markets reaction in days leading to US election day of 8th November 2016, we probably get a feeling that markets were in favor of Mrs. Clinton's victory. After FBI chief Mr. Comey's letter stating reopening of investigation into Mrs. Clinton's private email server case to US congress committee markets began to tank on the increased possibility of Mr Truump's victory. Now that Mr Trump has actually won we are seeing all the three leading indices treading near all time highs.
1)EUR/USD
EUR/USD has gone from 1.130 on 8th… 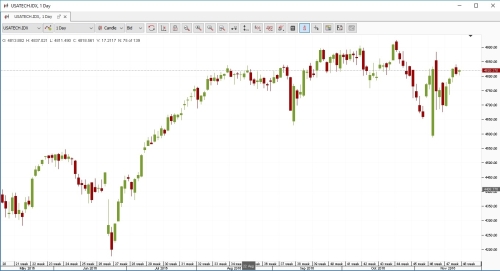