Sentiment Indicators have signaled a down week for FXE and GLD shares, which represent the ETFs for the Euro and Gold, respectively.
What's more, in the US the big talk is about passing the final details for tax reform amidst what is a huge debt crisis. The argument with this debt basis, coming off the heels of a slackening net exports figure, is can the US economy justify a substantial enough growth rate to sustain what is an alarmingly large debt balloon.
The silver lining for the time being is a floating bellwether for quality, a strengthening US dollar. It's uncertain if this will become a trend, however, it's a solid signal that the flight-to-quality trade will eventually overtake global markets. This is yet another reason why holding off investing in FXY is still a good idea. See the article titled "Holding Off Investing In FXY"
In the meantime, there's still enough road left to wager markets based on a sentiment paradigm, and that means, all else remaining equal, the Euro has a chance to rally some more until the end of the year. However, many of the factors for the Euro are in fact bleak, given a relatively less strong economy than the US, and the contingencies upon Great B… 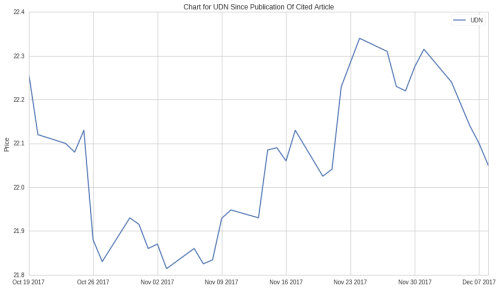