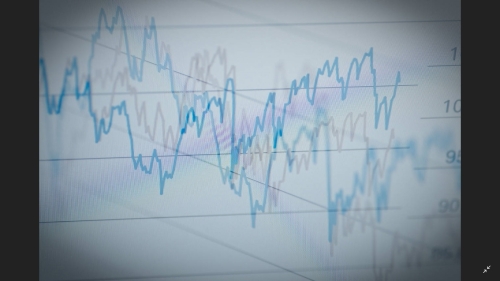 Why trade?
Now it's a very important question to answer why you want to trade short term if you want to trade at all. Many people would come up with multiple justification to trade short term starting with making some spare money in spare time to just for the thrill of trying to predict the future. Now whatever the motivation behind your motive to start trading short term one has to be very clear that it's a damn risky thing to do with accompanying huge pressure on your mental and emotional skills. If one were to simply look on the statistics available on trader's behavior, a realization dawns that almost four in five people loose money in trading in currencies and CFDs. So statistically speaking there is no justification for a average person to start trading either for short term or the long term as it's a surest way to loose money. Now all it boils down to developing some special skills to be among the minorities who make money in trading. So it leads to the next question which of course is 'how?'

How to trade?
Now if you start searching for this answer after studying all the risk factors in trading you would be literally floded with the answers. That's a irony of it that there are so many ways to be successful that people are losing money in confusion trying to figure out which way is best. My view is that the technical set up which one wants to use can be made up of any combination of available indicators and price action. The only thing to look for is that it keeps the win loss ratio close to 50:50. Now you can question that what's a big deal in just trying to maintain 50:50 it's too easy as even simply tossing the coin is also going to keep the win loss ratio close to 50:50 provided coin fair. Well that's the point I am trying to make that it doesn't matter once you figure out the way to be profitable even while the win percentage is below 50%. If we just go through the statistics available on retail traders we can see that the winning percentage is actually above 60% even when somewhere close to 85 % retail traders are losing money. The reason for this anomaly is simple that people don't take risk management seriously while trying to be right about the trading set up.

Let's dig into the world of tennis to find out what separates the worlds top player from the rest. 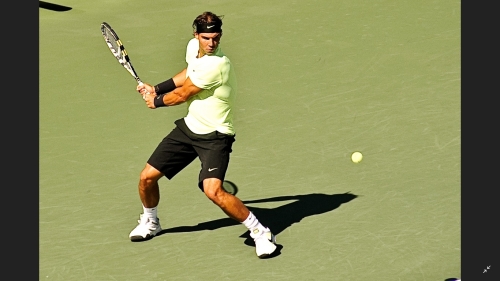 Here I saw the similarity is quite strong in terms of what the real success looks like in the world of sports as well as in trading. If you want to be ranked among the world's top 3 players in the tennis all you have to do win close to 55% of the points played. Simple, isn't it? Well it's easier said than done. Here I am providing a snapshot of points won by leading players of the world (YTD):

Simply take a 50-50 battle, shift it ever so slightly to a 53.5 per cent advantage, 'Voila!' you will be in position to be competing in the ATP World Tour Finals at The O2 arena in London this November. The eight best performers of the year play in the prestigious season finale.

The statistical analysis of the current five players who lead the ATP Race To London after Wimbledon shows that their competitive advantage with points won so far in 2018 is a much smaller margin than you might think.
Top five In ATP Race To London: Percentage Points Won, Serving, Returning & Total
# 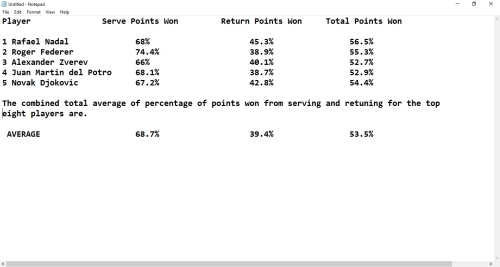 Only three players have won more points than the average of 53.5%

The takeaway is that 55% winning percentage is enough to make you among the best in the world. In trading it's no different. If we see each trade taken simply as a lone point in a long game of hundreds of points we are more likely to emerge winner. It all boils down to exploiting the advantage once you have one.

A study in risk reward ration.

Here I am including the results from my own Dukascopy prize account from which I have successfully withdrawn prize money multiple times. 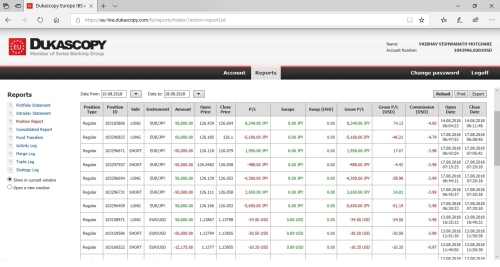 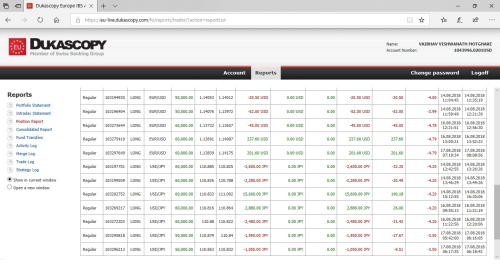 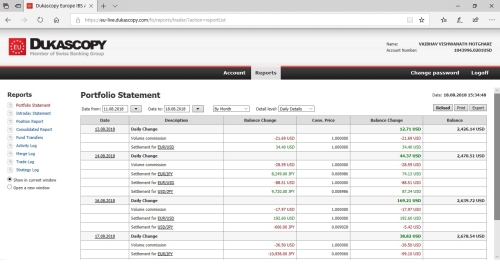 Last week my win loss ratio was only 37:63 and still at the end of the week I added more than 10% to my equity. In all I took 27 of which I lost money in 17 of trades while making money in remaining 10. It was the risk management which kept me on the winning side even when my trade set up was letting me down. So my advice is simply to take any decent trade set up with probability of winning in vicinity of 50:50. All you have to do is take the trade only when you see the risk reward ratio of more than 1:2 at the minimum. Keeping such kind of risk reward gives us an immense statistical advantage. An edge is what we are looking for succeeding in trading, right?

My trade set up.

I use a simple price channel set up on 5 minute, 15 minute and hourly charts to try to gauge how hot or cold the market is. Below I am including a brief explanation of my trade set up. However as I said earlier I don't hold the set up as most important thing. It's just one piece of a puzzle.

One Hour Chart
First of all I look on the hourly charts to see what kind of formation is there. If it's higher highs and higher lows or lower lows and lower highs or it's too confusing to make a clear trend. 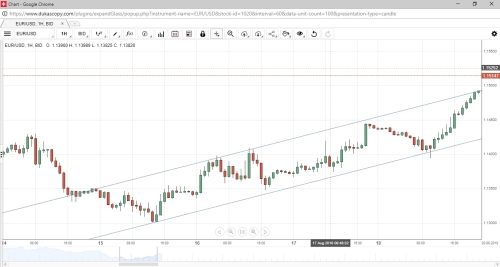 Once a clear trend can be established with the help of price channel, the next question crops up of when and where to take an entry. If it's a uptrend I simply wait for the price to move towards the lower channel while inverse is true in case of a downtrend. Then the attention moves on to 15m time frame charts.

Fifteen minutes chart
Once trend is identified you simply want to know the optimum price levels for entry and exits. That's where 15 m time frame charts help me figure out the risk reward ratio after I see the price channel is holding up well after the retracement move against the underlying trend as per hourly charts. 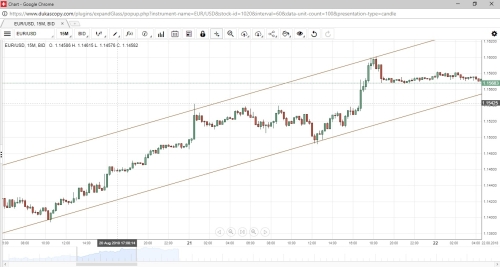 Five minute chart
I use the five minute chart to determine if the retracement move has come to an end. When I see the break happening I know all is set to take the trade of course only if the fundamental data is also pointing in a similar direction. 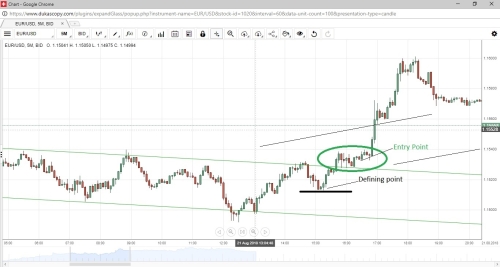 Then if we go through the current fundamental scenario prevalent for the underlying instrument we will stand a good chance to be on the right side of the price move. Even if we happen to be wrong simply get out of the trade while keeping the losses ever so small. There is always the next time to be right and more so in Forex market where we can trade 24*5.
Translate to English Show original Toggle Dropdown