Community
Article contest
USDjpy Scenarios in the Midterm View
Introduction
In this article USDJPY will be analyzed both fundamentally and technically and as known nothing is impossible in Forex so different scenarios will be drawn to express about the most probable scenarios with the USDJPY.

What is affected the move of USD/JPY nowadays:
Fundamental analysis
USD/JPY is affected now by two different policies by both Bank of Japan (BOJ) and United States Federal Reserve (FED) and also affected strongly by BOJ quantitative easing which strongly hit Japanese Yen, finally Yen and other currencies is affected due to strong growth in US in the last months which make US$ to be favored.


Bank of Japan (BOJ) injected hundreds of trillions yen into its economy which means Japan still increasing stimulus through an expansion of its quantitative easing (QE) program, last decision of BOJ surprised markets with cutting interest rate to negative. 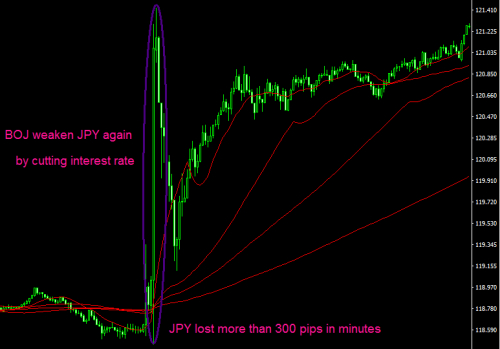 In different, US FED is already raised interest rate for the first time from ten years, FED made the historic decision after strong employment and moderate growth of economy and inflation.


BOJ aimed from the beginning to raise inflation to 2% but then it seemed that it failed till now despite of stimulation and rate cut. 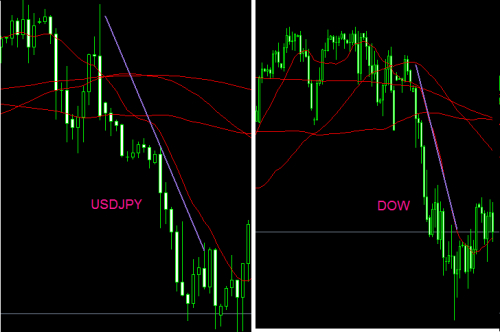 Technical analysis
USDJPY moved in last 15 months in a range between 115 and 125, after strong gains of the pair, this consolidation may mean that pair may be near to fall if lower range is broken, but in other side, it may be rest or relax area before more strong gains,
break lower 115 will open the door for strong looses for the pair which may send the pair towards 100-105, but break about 125 may open the door for 130.

USDJPY still affected by different BOJ and FED policies but any collapse or turmoil of stock market may significantly affect the BOJ efforts to weaken JPY.
Translate to English Show original Toggle Dropdown