Over the last 2 years the market has been changing a lot and we saw across the board many currency pairs has started moving away from those nasty big range zone and have been shifted towards more clear trends. Trend trading can be as difficult as range trading if you don't understand the characteristic of this new type of environment, and you need new adequate rules to be able to profit in the market. In this regard my article is going to provide you with some core basics and unique rules that have been helping me to trend trading with a unique strategy.

A healty trading market is when we move step by step: Consolidation - Breakout type of move. As a general rule if a market is moving in a consolidation or a range trading box or a base, followed by a breakout and than repeat the process, than the market is doing what it should be doing (see Figure 1). One of the best hedge fund managers PT Jones has explained this process quite simple, and I'm quoting him here:

The basic premise of the system is that market move sharply, when they move. If there is a sudden range expansion in a market that has been trading narrowly, human nature is to try to fade that price move. When you get a range expansion, the market is sending you a very loud, clear signal that the market is getting ready to move in the direction of that expansion. PT Jones


One of the best way to achieve a great Risk:Reward ratio is to be in a trade as close as possible to the starting point of the move. I've done a lot of research and found out that majority of the newly-developed trends have one thing in common: a broken trend-line from a previous trend. The degree and the gravity of the move, after we break a trend-line depends on the time frame, the length and the angle of the trend-line.

I'm only working with two categories of trend-lines in order to keep it simple:
Because of the fractal nature of markets this principles can be apply to any time frame, not just on the bigger picture.

A key question we could ask ourselves is how do we know if the trend-line will hold or breakout. We could either wait for confirmation and let things unfold, in which case we're going to be late in the trade which ultimately will alter our RR, or we can observe a few key factors that can help us anticipate if the trend-line will either hold or not. From a technical perspective being aware of this factors should help traders asserting that probability of what is more likely to happen:


Everything we have discussed so far are key elements in order to understand the Departure Trend-line Setup that we're going to discuss next and which is the core part of this strategy. Like anything else in trading, missing pieces of information typically mean the difference of success or failure, so I'll suggest to read again the above section before going further.

Figure 5. The Spike Base Pattern
You'll often see that after an initial big surge in price, either up or down the market will start trading inside a very narrow box, once you start noticing them you’ll see them quite often (see Figure 5). This pattern should be quite straight forward and has 2 key elements:
I often refer to this spike in prices as liquidity gaps which are basically major point of supply/demand imbalance and can help traders to catch major reversal points or use them as price target. Not all the gaps are filled back ( Figure 5,see asterisk) and we can distinguish 4 types of gaps: 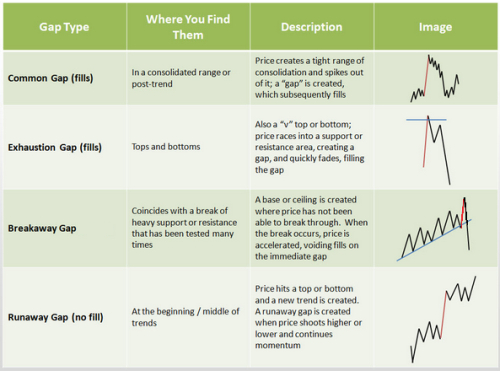 Now that we have defined what a spike base pattern is and we know how to determine if a major move is underway, it's time to come back and integrate everything we learned so far into the Departure Trend-line Setup which has clear risk management strategy with defined entry and exit points. We're going to focus more on the second scenario where we enter a trade on the premise that the TL will break.

We use as entry point the breakout of the base and the SL the other end of the base. As target, based on the structure of the pattern we either use the starting point of TL (see Trade 1) or use projection which is the case of Trade 2, where we measure the first reaction from TL and project that measurement to the downside.

The Departure Trend-line Setup can vary in term of shape, price structure and severity of the move and while I like to keep things simple, no point in a chart looks the same. But I want to encourage you to start drawing this patterns by yourself, and observe what’s happening along the way. Nothing else can help you out more than your own personal application.