Given the interest last month's article generated in the community, this month I tried to come up with a short term strategy that shares the same principles: price action only (no indicators), as simple as possible to trade (perfect for beginners and experienced traders alike), no ambiguity or subjectivity in it's rules, and, of course, reasonably profitable. This is a complete strategy, with entries, exits, money management and position sizing.

► Time and volume in the Forex market

Even though Forex is a 24-hour market, the volume traded is not the same all the time. The largest Forex trading centers are, in order, Europe/London, New York, and Asia/Tokyo, with the highest volume occurring when the London and New York sessions overlap (currently 13:00 to 17:00 GMT), even for currencies which are not native to these time zones, such as the Japanese yen, or the Australian dollar.

On the other hand, the lowest volume (which usually leads to wider spreads and more erratic price moves and spikes) is seen after the close of the New York session (22:00 GMT), those two hours before Tokyo opens.

So why is this information useful? Because any intraday strategy should have a higher probability of success if it is implemented when the volume, price range and number of market participants are higher, especially a breakout type of strategy like the one I'm going to describe. High volume and market participation are key ingredients in confirming the validity of a breakout and subsequent trend.

With London being the most important trading center, and the one that, more often than not, sets up the trend for the rest of the day, I started looking for possible trading patterns that could give us an edge. After four failed attempts (all based on the idea of breakouts, because that's what I had in mind from the start, due to their simplicity), I finally developed a simple strategy that was showing promising results in the preliminary tests. 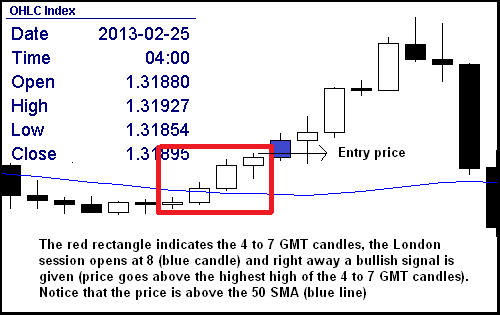 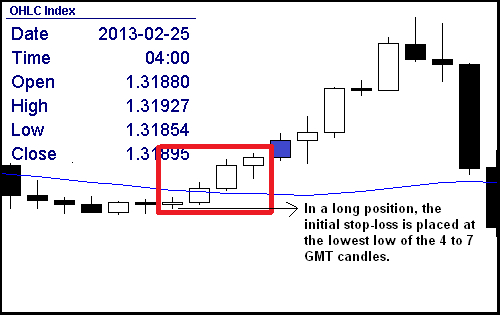 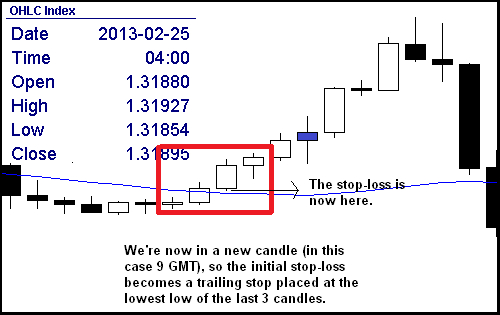 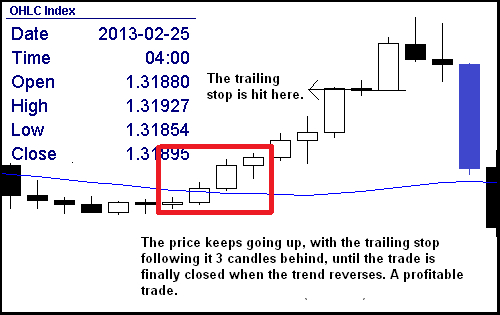 Although you don't need to use my money management rules, you can simply trade a fixed lot size if you prefer, regardless of how wide/tight the SL is, that is something I do not recommend doing. I created a simple Excel calculator that indicates the amount to trade, based on the percentage of capital the trader wants to risk per trade, as well as the difference between the opening price and initial stop-loss. The wider the stop-loss is the smaller the position will be.

This is a simpler version of another money management calculator I described a few months ago in this article: How to Calculate Position Sizing and Normalize Volatility. Please read it if you have any doubts on how to use this new one, or you can just post a question here. This is how it looks like: 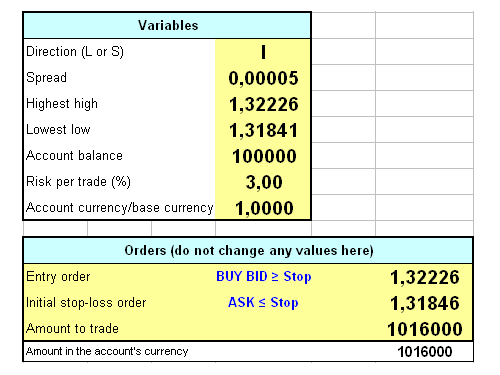 It is assumed that the trader will trade bigger when the account gets bigger (change the "account balance" in the calculator), and vice-versa in periods of losses. This way you will compound the profits and achieve a higher rate of return than if you traded the same amount all the time.

Due to my almost complete inability to program anything, I did a manual (and very time-consuming) backtest of this strategy on EUR/USD for 8 months, from July 2, 2012, to February 28, 2013. 1.2 pips were taken from each position, for spread and commissions, and the risk per trade was 3% of the account balance.

This was not a very long backtest, but in this period we had range-bound markets, strong trends, low volatility, extreme volatility, basically all kinds of market states. So these 141 trades can give us a good idea of the profitability of the system. 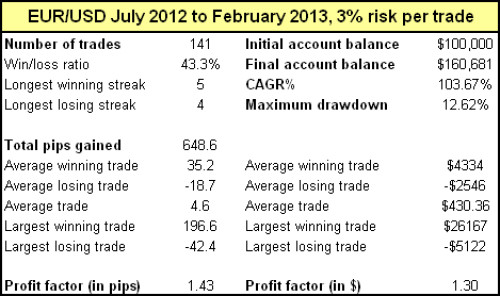 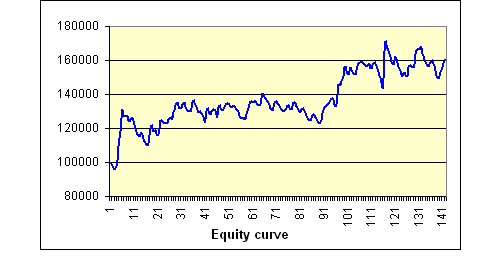 Risking only 3% per trade the system produced a return of 60.68% in 8 months, which is equivalent to a compound annual growth rate (CAGR) of 103.67%, while the maximum drawdown was only 12.62%. All in all the results are even better than I anticipated. If you are willing to accept drawdowns of around 25%, then you could risk 6% per trade, and achieve a return of almost 210% in a year. Past performance is no guarantee of future results, but I'm confident that this strategy can keep performing well in the long run. The profit factor is nothing extraordinary, but that is typical of short term strategies.

Basically, this strategy allows us to catch the intraday trend, after the price breaches the levels reached during the late Asian session, and sticking with it until it reverses or consolidates for a long period, and does a very good job at it, even though it is very simple. If you employ basic trading tactics, such as going with trend, cutting your losses short and riding your winners, simple strategies can give us very good returns.

One final note to say that you have to take into consideration the Daylight Saving Time (when the hour changes) that happen twice a year. Make sure you always look for the previous 4 candles once the London session opens, it may not be at 8 GMT all year.

Feel free to ask any questions or post any comments you may have about this strategy.
Translate to English Show original Toggle Dropdown