Hello dear members Dukas community, first of all, I want to wish to everyone, a happy 2013, which this year be full of many pips "blue" for all. 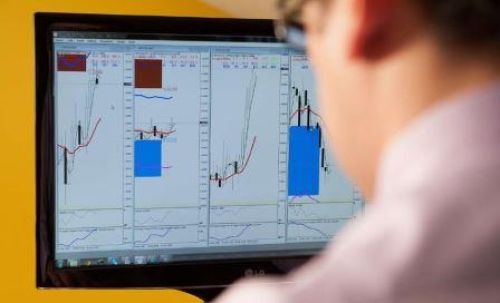 This month I return to articles, and once again within the philosophy of negotiating with simplicity. I bring you another strategy that already use a few years ago, call it FiboDec_System.

For this strategy, we will use graphs 1 hour time frame.

The analysis should be performed between 18 and 23:00 GMT, and my experience tells me that analyzes at 18:00 may translate into better results, however later analysis also show very interesting perform.

This system should be divided into a few distinct stages, namely:

1) Determination of maximum and minimum of the last 24 hours

2) Application of Fibonacci_Dec (Fibonacci custom which is divided into tenths)

Having said this, I try to describe each of these steps so in summary form, to anyone of you could try this system.

The first thing to do is determine the maximum and minimum which occurred in the last 24 hours or since the last review. We'll need these values ​​when we make the application of our Fibo.

We begin by customizing our "Fibonacci", which is actually a graphical representation of the shrinkage and expansion of 10%. For this, we do the following:

a) In H1 chart, begin by drawing a Fibonacci retracements, combining maximum and minimum of the last 24 hours

c) After that, edit the properties of Fibo (edit Levels) in order to customize the right, and up to this:

a. Putting a new level every 10%, and we should have levels between -70 to +70, distributing follows

b. After this, we rename each level as follows

This way we get the following graphic picture (image 1)

Now that we applied the fibonacci, we must determine at the current time (time of review), what is the predominant trend.

To determine the main trend of the moment, we just have to check the time of analysis, where is positioned the current price.

1) If price higher than the current level of 50% [of MID Range - OOM (Out of Market)], then the Bullish trend is predominant;

2) If the current price is below the level of 50% [of MID Range - OOM (Out of Market)], then the predominant trend is Bearish;

To identify the predominant trend graphically, we draw a rectangle, which will also identify the area of non-trading, making it as follows:

The rectangle shown in Image 2, identifies the area of Non-Trading, area which can be called by OoM - Out of Market. This zone, for more aggressive investors, can be used to scalping trades.

Continuing with the previous example, we have the conditions to determine the 3 possible scenarios of negotiation:

1) Scenario 1 - Scenario trend reversal, ie, if we have a scenario predominant "Bearish" (which is the case), then the scenario will be reversed to uptrend. The entry will be the Breakout of the high TP0/BO Up to Buy, with in this particular case as zone 1.3270/76 (TP3/SLIP - Red rectangle). Beyond the TP3 and for this particular scenario, it is even more 3 TPs (TP0, TP1 and TP2), of which once reached the TP1, the SL must be moved to BE or even to TP0. The SL initial, should be always the entry value of the scenario 3.

2) Scenario 2 - Scenario Range/No Trend - scalping zone, this area appreciated by more aggressive investors, is regarded as the zone of indecision, area entries and quick exits, the SL is a tool not to despise.

3) Scenario 3 - Scenario confirmation bias, ie if we have a scenario predominant "Bearish" (which is the case), then we will see a reinforce of this trend, the entry with the Breakout of the low Dn Reversal/Sell scalping, with this particular case as zone 1.31266/329 (TP3/SLIP - Blue rectangle). It is considered even more 2 TPs (TP1 and TP2) and once it is reached TP1, the SL initial, should be always the entry value of the scenario 1.

If the predominant trend was Bullish, then the determination would be the opposite, respecting the same rules.

This trading strategy allows you to absorb all possible scenarios, requires great discipline, resorting to using Stop-Loss. In this system, although not win in all negotiations, the final balance proves very interesting.

Money-Management is also fundamental, we must be careful to enter the market with low leverage, although it is also important to go with a volume which allows us to partial closing when reached different TPs. Here is my suggestion:

When the scenario in question does not have TP0, then 25% should be added to the TP1, (totaling 50% of the order).

We must also be careful after partial closure, move the SL to BE in remaining volume.

Then, the SL can be managed in the way that anyone thinks best, though my experience says that:

Before concluding, let one more suggestion, Every time our TP3/SLIP, is reached, we should do a re-evaluation of the scenarios, redefining Fibo_Dec, and consequently determining new scenarios.

And this is one more strategy that I wanted to share with you another simple method, because I believe it is the simplicity that can get success.

Good trades for everyone.