Community
Article contest
The Path of a Successful Trader
I welcome you first of all in taking interest in my article. The path of a successful trader is about a common tool that every successful trader mostly uses. That tool is known as pivot points and another helpful tool is called Fibonacci retracements.

I will demonstrate the use of pivot points in the picture below: 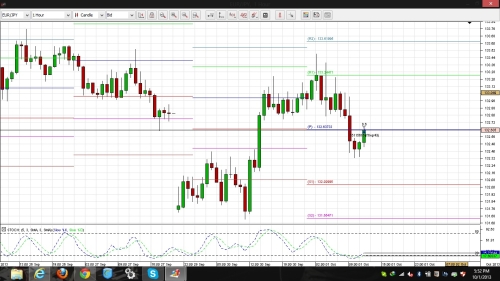 With the help of pivot points a trader can easily presume the next high or next low of a particular pair for a particular time frame. I prefer using daily and weekly pivot points as they show higher and lower resistance and support points, till where i can either hold on to a certain take profit point.

The trend however is not in human control, so you must also remember that some fundamental could change the flow, so we can calculate the maximum holding stop loss as well using pivot points, but then
again as we human beings are very greedy, we should learn the use of using leverage.

This is the path of a successful trader. A successful trader learns to control his greedy emotions that come in the way, while trading. It is natural as a trader does become greedier after enjoying some great victories. So, how does the successful trader control his leverage? Well, usually successful long term traders (who trade forex for longer times) use low leverage or in terms of lots we can say they use small lots. So, in this way if the trend goes against their position, it will not eat up all their money and will incur smaller losses. Forex is about patience, the more time you give it the more your investment can
grow, but most important thing is the use of leverage.

Higher leverage will have higher returns but than your investment size matters, so it means that you will require more equity to hold on your position in the long run, if the trend goes against your position, most high leverage traders fail to hold on to their position, because of the inappropriate use of leverage.

Another thing about high leverage is that as that higher commissions (swap fees/carry trade fees) are applied to high leverage trades compared to low leverage trades. So, a trade with a smaller lot for example 0.1 will have a commission around 0.01 per trade. A high lot like 1 would have a commission of 0.1 per trade. So, it will also depend on your broker, as some charge swap fee/commission per trade after 12hours, where some charge in form of carry trade only (over weekend fees) for holding onto a trade.

Now I will demonstrate the use of Fibonacci retracement in the picture below: 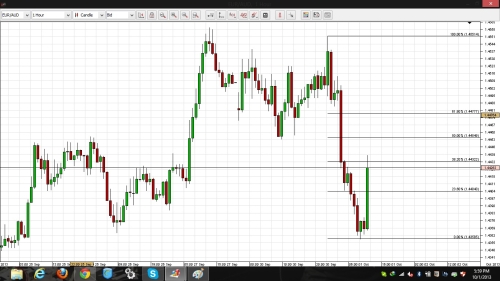 This tool can is useful to both long term and short term traders, as it determines different levels in which a price will bounce up and down for a certain time, until it breaks the Fibonacci support level or resistance level.

It is most useful to traders who also recognize candle sticks. Usually near a level 90 before 100 would be a point where the trend is about to diverge, that's a place to enter if it was in a start of a downtrend (good for sellers). If you see a pinbar at the bottom with a green bar during a start of a uptrend, You can place a buy again near 23.6 or near 0.0 level line of Fibonacci retracements, that's where the trend is about to converge. Short term traders should also estimate the opening time of the next bar as well. As the daily candle bar opens after a period of 24hours, and h4 candle opens after a period of 4hours, but the next candle is what makes the
big difference in price levels.

So, I hope my article has been useful to you. Thanks for reading by Hammad Aslam.
Translate to English Show original Toggle Dropdown