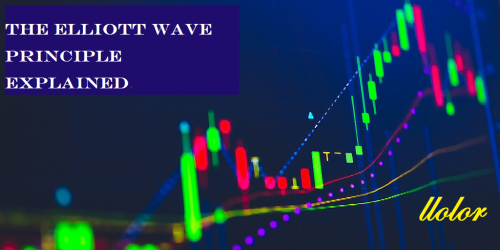 The Elliott wave principle was developed by R.N. Elliott in his 1938 book, The Wave Principle. The Elliott wave principle is a form of technical analysis that attempts to analyse financial market cycles and forecast market trends by looking into extremes in investor psychology expressed by highs and lows as well as prices and several other factors.

This article serves as a basic introduction to Elliott wave theory. A basic 5-wave impulse sequence and 3-wave corrective sequence are also explained. While Elliott Wave Theory can get more complicated than this 5-3 combination, this article will only focus on the very basics. 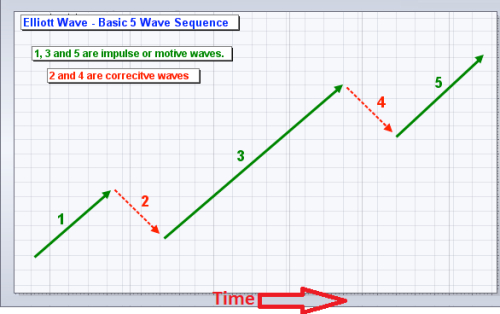 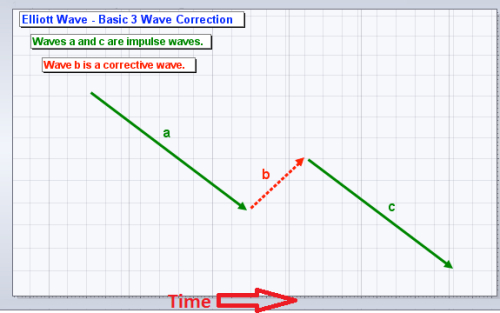 Combining a basic 5 wave impulse sequence (Fig 1) with a basic 3 wave corrective sequence (Fig 2) yields a complete Elliott Wave sequence, which is a total of 8 waves. According to Elliott, this complete sequence is divided into two distinct phases: the impulse phase and the corrective phase as illustrated in Fig 3 below. 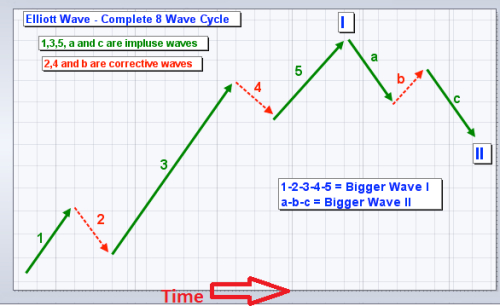 The abc corrective phase represents a correction of the larger impulse phase.

There are only three rules when it comes to interpreting Elliott Wave and they are unbreakable. Guidelines however, are bendable and subject to interpretation.

The rules have been illustrated in fig 4 below. 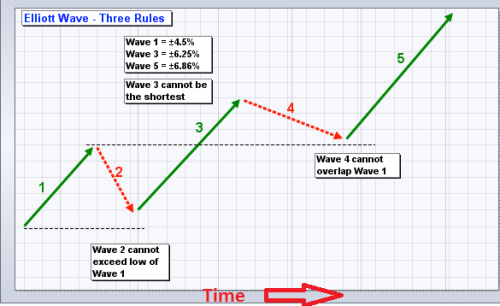 According the rules wave 2 cannot move below the low of Wave 1 as a break below this low would call for a re-count.

The third, and final rule, is that Wave 4 cannot overlap Wave 1, which means the low of Wave 4 cannot exceed the high of Wave 1 and such a violation would call for a re-count.

Guidelines unlike rules, should hold true most of the time, not necessarily all of the time.

Fig 5 below gives an illustration of these guidelines 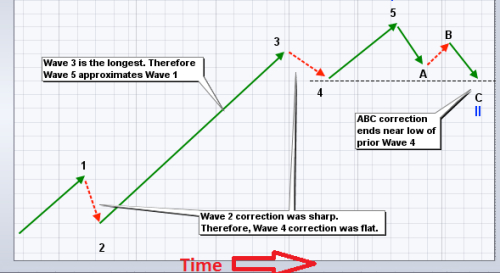 The first guideline is useful for targeting the end of Wave 5. In a larger uptrend, chartists simply apply the length of Wave 1 to the low of Wave 4 for an upside target.

The biggest complaint is that it’s almost impossible to know when you are simply correcting or if the wave is breaking down even further. This complexity often has people looking for other alternatives. It does seem to work out better on longer-term charts, but the question then becomes whether or not there is any predictive quality?

However, for those who wish to jump into the minutiae of market movement and psychology, it does serve as an interesting tool. It is well known on Wall Street and is used by a lot of technical analysts.

The Elliott wave counts start with a process of elimination. Apply the rules for the first count attempt and then the guidelines on the second. Eliminating bogus counts paves the way to a more accurate count. Even with accurate counts, chartists will still need to re-evaluate and adjust counts as new price information emerges.

There is a running joke, “if you get five Elliott wave traders in the same room, you’ll get five different Elliott Wave counts.” Unfortunately, there is a bit of truth to that joke at times, and therefore it should be thought of as nothing more than another tool that gives you the odds of a trade working out, not necessarily the “holy grail” of Forex trading theory.
Translate to English Show original Toggle Dropdown