Above images gives history of EUR and its adoption as a common currency of Euro zone.

We all know these days market participants are looking at the meeting of European Central Bank ( ECB) which will be held on 26 October 2017 to get some clue on the prospects of Quatitative Easing Programme ( QE) which is suppose to end at the end of the year 2017. We all are looking what will be effect on EUR if ECB ends QE in December 2017 and what if they don't end it. So friends lets have a look at nitty-gritty of Quantitative Easing Programme of European Central Bank. 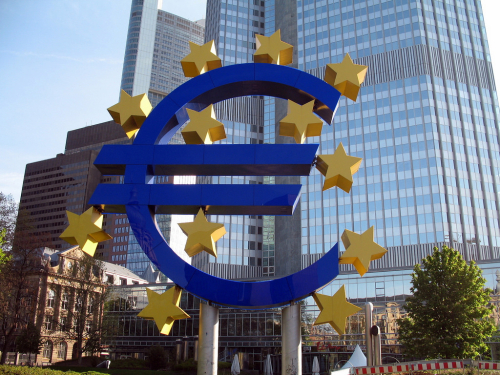 QUANTITATIVE EASING:
It is a bond and asset purchase programme of Central Bank of a region or Country to boost inflation to desired level. In context of Euro region European Central Bank buys Bonds from regional Banks, this increases the price of these bonds and creates money in the system, as money rises in the system it results into cheaper loans and interest rate falls, this helps to business and peoples to borrow more and spend less on their debt, as a result of this consumption and investment rises which in result creates more jobs and supports economic growth. 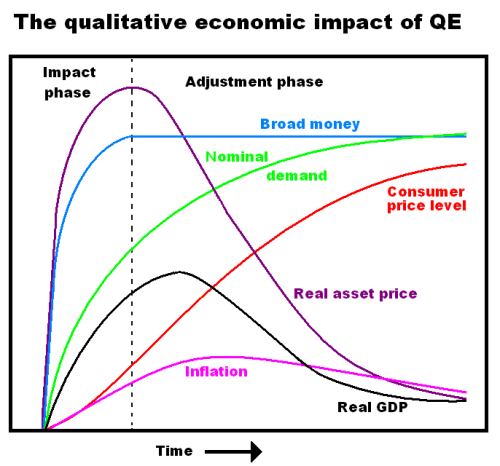 European Central Bank has introduced Quantitative Easing in January 2015 as there were concerns about subdued economic growth and inflation in Euro Area which is known as the PUBLIC SECTOR PURCHASE PROGRAMME (PSPP). In March 2015 under PSPP Eurosystem started sovereign bond buying from euro-area governments and securities from European institutions and national agencies.
Then on 3rd of December 2015 President Mario Draghi announced an extension of the programme. When originally it was expected to last untill September 2016, it was extended till at least March 2017. Second modification in the QE was about addition of regional and local government bond in the eligible list of asset purchase and the interest rates on deposit facility were lowered from -0.2% to -0.3%.

until we see a sustained convergence towards our objective of a rate of inflation which is below but close to 2 percent.
I am quoting his words because this is main objective behind starting Quantitative Easing and it was extended in December 2015 till March 2017 because inflation was still below 0.2 percent in December 2015. Positive effects of QE were visible after its launch as inflation exceptions rebounded in 2015 after declining till December 2014. There were several changes made in the initial structure of Quantitative Easing to meet the current expectations of inflation.But as it is said inflation again started to decline after Crude Oil prices fell to low levels from the second half of 2015. For these reasons QE deadline and its mandate about bond buying enhanced till December 2017.

In July 2015, the ECB expanded the list of national agencies for asset purchases, in September 2015 the issue share limt was increased from 25 percent to 33 percent for debt securities. In December 2015 more changes were made in the Original QE structure. First deposit deposit rates were reduced from -0.2 percent to -0.3 percent and initial deadline of September was extended until March 2017. In March 2016 purchasing limit were raised to 60 Billion euros from initial 44 B euros which is monthly pace of debt buying programme of ECB.

WHY IT IS NECESSARY TO END QUANTITATIVE EASING PROGRAMME.
Quantitative Easing is an unconventional and previously untested measure should stimulus growth and bring back inflation back towards the 2 percent target. By increasing inflation and output these measure should also benefit financial stability. But as we know excessive use of any tool can lead to disastrous effects also. So prolonged use of these tools could also pose some challenges to financial institutions and might have some adverse consequences through various channels for financial stability.
There are side effects of Quantitative easing such as increases in asset prices disconnected from fundamentals. It is also said that it threatens financial stability of some institutions by reducing profitability of financial institutions. But other institutions are expected to perform well because of Quantitative Easing. But it is necessary to end quantitative easing at some point of time as if the similar situation again arise Central Bank should have tools to handle it.

Why Forex Trader should know QE and its Impact on EUR? 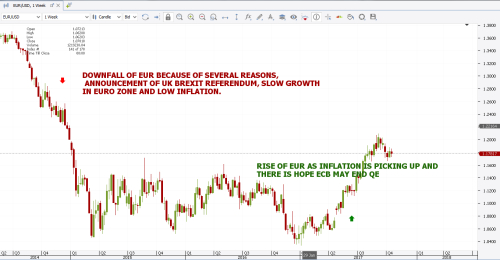 Currency of a region or a country strengthens when economy grows and inflation rises so Central Bank may raise interest rates because of which investors and traders may get profit.

I will give real example of USD/JPY when Federal Reserve gave hint of tapering QE which it has started in 2008 after the start of financial crisis in 2008. And it has run it in three phases until December 2014. Then reduced the pace of QE and after started rate hike December 2016. Below is the weekly chart of USD/JPY. 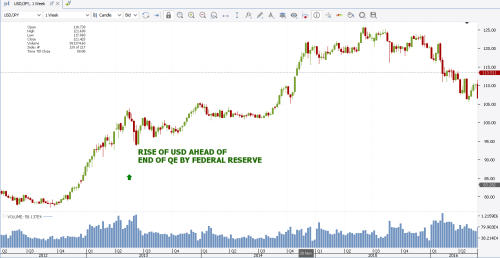 So friends this is all about basics of Quantitative Easing Programme of ECB, its relation and impact on EUR and economy of EURO ZONE. I hope you have enjoyed reading my article and it has helped you to increase your knowledge. Please leave your comments below in comments section.