Community
Article contest
Price Action
In recent years Price Action has rapidly gained popularity among traders for its simplicity and reliability.
It really is so good that many traders have started to use the elements in their trade. The most popular and recognizable element was a pin-bar. Its name he received from the hero of the old tale about a wooden boy, Pinocchio, as a prototype, a pin bar poking his long nose outwards and tells you the truth that the price goes down. 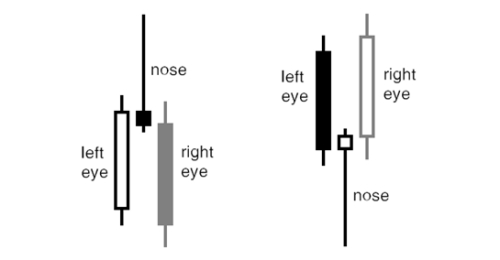 A diagram of the pattern you can see above, the idea is that the nose is a candle whose body is in the lower third, close to the minimum price, or Vice versa, in the upper third, close to the maximum price of the candle. Thus the body itself must be within the left eye. This is a classic case of the pin bar, and these are worth to sell.

Thus a good pin bar has:
1. Open/close within the left eye.
2. Long nose, protruding far out from surrounding prices.
3. Open/close both near one end of the bar.
But one pin-bar will not give you good results in trading. Besides the candles should pay attention to the presence of pin-bar.

Best score pin bar will show, if will start from:
1. Levels of support and resistance.
3. Important reversal levels.
4. Fibonacci Levels.
5. The moving averages.

1. Bearish Pin bar
Long protruding nose, the body is near the minimum value of the price. The location is also very good. The nose pierces the resistance level. In addition, two peaks together form a classic double top chart. In the end, the price really turns of the resistance and returns to the moving average. 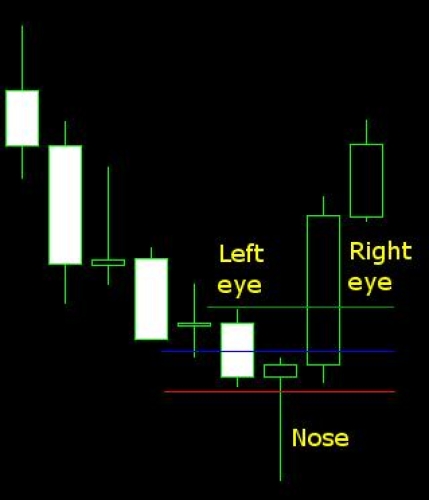 2. Bullish Pin bar
The closing and opening are located in the upper third of the candle within the previous candle, the shadows down long enough and stands out among other candles. Stop loss (red line) was placed behind the tip of the nose. Take profit (green line) was set at the closest resistance level and easily turned. 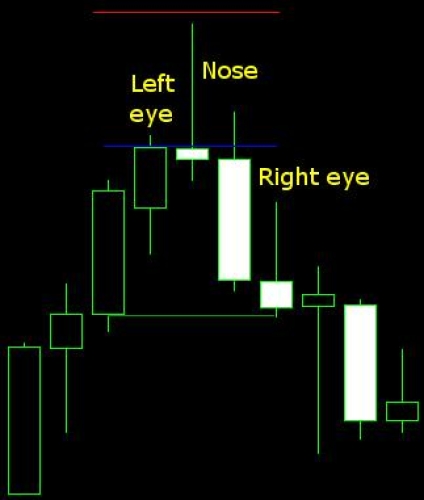 The first is to try to trade pin-bars on a demo account. When you come to trade them profitably within a couple of months, then open a real account.
The main thing to understand that it is better to trade less frequently than more frequently. If the majority of traders fail, it's because many of them have the idea that a good trader should make a lot of trades to make good money.
But for successful trading enough to choose the best pin bars. In one week, you can find just one good spin bar for each financial instrument. If track seven to eight currency pairs, then together, it would be seven or eight good pin bars a week.
It could be all the deals of the week that are guaranteed to give you a profit.
Translate to English Show original Toggle Dropdown