Community
Article contest
Margin Call of Duty : a Lesson about Learning for Gamers
So, let me ask you really quick here: How much have you invested (mentally, emotionally, and financially) into trying to learn how to trade? Obviously you can't answer me, but think about this question hard to yourself. Think of all the sleepless nights, all the revelations and AHA! moments, and all the confused depression when it seemed like things won't make sense and never will.
My guess is you've dedicated more effort, thought, and research into this topic than any other topic you've delved in to and probably more than anyone you know ever has.
Did you ever stop to think that you might need to step back and actually learn about learning? I mean, think about it: If you spend some time finding out how we, as humans, effectively build a knowledge base and a progress through skill set, you'll take the straightest possible path (not the easiest, but the straightest) to proficiency. And when it comes to trading the financial markets, proficiency is profit.
And that's where this guy comes in: 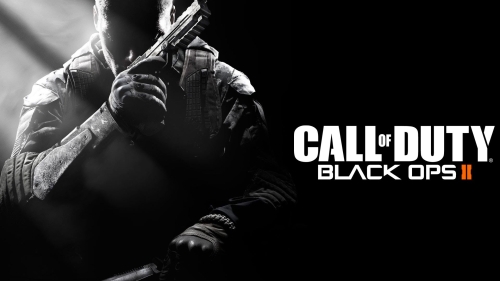 [image from teamblacklist.eu]
You see, if you can relate what you're currently learning to something you've already learned and are familiar with, your learning curve gets shortened. The closer the two subjects are to each other, the more enhanced this effect is. That's why the teachers and mentors (for anything) that stand out in your mind always seem to use awesome analogies to help you understand their content.
Now, if you're reading this little post right now, chances are you're a male aged 18-50(ish) and are relatively tech savvy. I'm not a sexist or misogynist, it's just an overwhelmingly obvious observation I've made when it comes to the wacky world of forex, even more so when we talk about online forex communities (that's where the tech savvy part especially comes in).
If that's the case, there's a pretty good chance you've done your fair share of video gaming. You might not be a First-Person Shooter kind of gamer (Call of Duty is my drug of choice), but with the advent of the internet, nearly every game you get nowadays can be easily streamed through and played with anyone across the world. You might partner up with a few people sometimes, but other than that it's you versus anyone else willing to come along and play.
As you complete objectives, like defusing an enemy's bomb or building up your virtual town's resources to lay siege on the enemy's town, you earn points in some form. You usually have a time frame to work with, either set by the game or by your own personal desire to play, and have a specific set of rules you have to follow. You're matched up against other players and it's a direct competition: your winning means the other person has to lose (and it works the other way, too - if they win, by definition you haven't won).
Because all the players must follow the same rules, the way to win is to mentally maneuver and out-think the other person, not out-think the game itself. You and the next guy might have different play styles, different backgrounds, and different overall reasons why you're playing, but in the end all that matters on the scoreboard is who racked up the most points.
Wait, wait - this sounds a LOT like the foreign exchange market, doesn't it?
Hey, even the practical/logistical aspects are pretty similar, right? Forex and online gaming are both done digitally with a specific control board on a specific platform and require little physical effort but GREAT mental effort. What's really all that different about these two things? 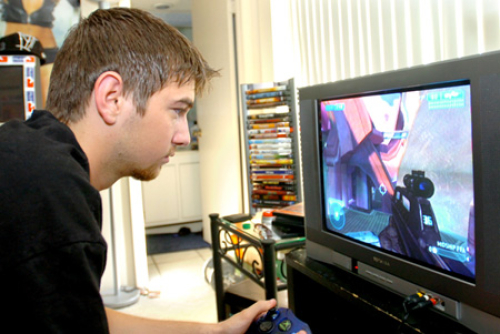 [image: nytimes.com]
[image: titanhotspots.com]
Emotions play a ridiculously important role in both as well. Have you've gone RAGING MAD and set out to OBLITERATE!!! the enemy, only to find yourself playing even worse? I think it's pretty easy to connect that to trading where you start taking losses then just go NUTS with all kinds of emotions and make the most random, pointless trades ever (furthering your drawdown).
At this point, I'm really hoping I've painted a clear picture on how similar online gaming is to trading. So now, with all the boring conceptual stuff aside, we can start taking some actual, applied steps.
Take a moment, open up a notepad (or grab a real pen and paper - crazy I know!), and write down 2-4 ways you've improved your gaming on your game of choice. It might not be something you've done intentionally, but think about the ways you've gotten better at your favorite game and the route you took to get there.
I think I won't be wrong in saying at least one (if not more) of those things was one of the following:
Look at your list. All of these things are probably the exact same things you've been told by a million different gurus in a million different ways and really boil down to the same things:
None of the above is groundbreaking. In fact, it's probably some of the first things you've read or learned about and likely the stuff you've heard repeated the most above all else, even among all types of different people who disagree on just about everything else. Yet this is some of the hardest stuff to really put into practice.
But now you have a tool. A very powerful tool. You have a direct correlation from a successful past experience (improving your gaming) and with that you can much more easily personalize and plan the ways that YOU specifically can improve these essential attributes of being a successful trader.
Enjoy.
Translate to English Show original Toggle Dropdown