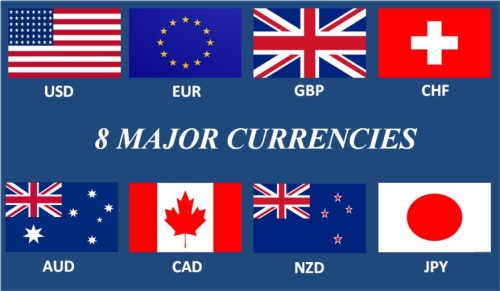 If you overlook the exotic currencies trading, you are depriving yourself of additional profit
opportunities in the FX Market.
Before sitting down to write this article, I’ve asked myself if I’ll be able to explain in accessible
language, how to trade exotic currencies and get profit, to a newcomer who makes the first steps in
the trading business?

At first glance it is not an easy task. But history shows that success in trading is possible with two
components, simplicity of the method and proper risk management. So let’s give it a try!!!
I’m sure that confident and experienced traders will glean a bit of useful information as well.
I am convinced that each currency has its own behaviour, and you can even say character.
One currency can be described as capricious - EURUSD, leisurely - EURCHF,
obstinate-USDJPY.

Determination which can be attributed to exotic currencies - “ACTIVE”.
I believe that in order to extract significant profits, trader has to trade currencies that move. what I
mean by that is: within a month, currency must demonstrate fluctuations, acceptable for trading
method which will be discussed below.
For most of the traders the spread of exotic currencies is frightening.But as they say fear has big
eyes, the magnitude of the spread will never affect the final performance.

The trading speciality of such pairs as USDSEK, USDMXN, USDZAR, USDTRY, USDNOK.

For daily charts is: 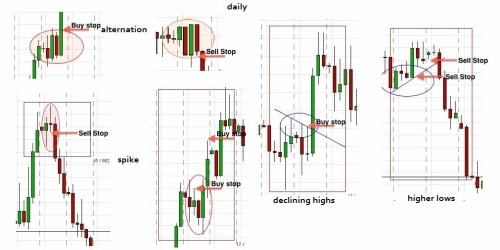 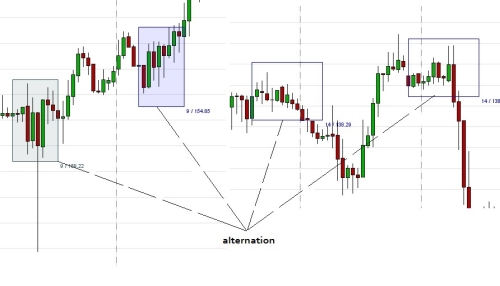 Also one of the “patterns” to future market action is a reduce
instrument volatility that can be observed on hourly tf candles, the candles are of the very small
size during this period.

As soon as you see the patterns, which are presented on the examples above (on the daily charts), mainly the formation of these four patterns takes two to days - it’s time to trade. You just need to wait for the formation of exactly the same signals on the hourly chart and set a buy stop or sell stop orders.

When trading exotic currencies do not:

1 - trade with them from 21-00 gmt to 03-00 gmt due to the increasing spread
2 - leave positions open from Friday to Monday as the probability of significant discontinuities at
the beginning of the week session exists
3 do not use large stop losses.
4. USD/RUB close trading every day from 19-00 to the terminal time jforex 06-00

What you have to be aware of while trading currencies USDSEK, USDMXN, USDZAR, USDTRY,
USDRUB, USDNOK - all these currencies significantly react to such news like:

Trade above described currency pairs must be at least two conditions of the four.