People say there is nothing new under the sun, that even the new trends in fashion are just a mirror image of previous fashion trends. Basically, what I get from that is that core concepts usually last.

When I look at the forex market, I realize even though there has been an evolution in trading and trading tools, the market itself has not really changed. The markets represent human psychology on the charts (Elliot wave theory), and people do not really change. Human beings are repetitive in nature, so human reactions have patterns and can be predicted. If we make this assumption, then we can say price patterns or market reactions which were profitable in the past stand a chance of also being profitable in the future.

Based on this, I am going back to the “roots”, I am diving into old-school analysis of the markets; which was purely technical. If it was possible for traders to make money back then, when they had to work with raw data and place calls to make their trades, then it is very possible for such markets tools to make money in the present day and age.

I am going to be sticking to the 3Ts: Technical analysis, Trend and Timing.

All analysis will be done using technical indicators, but I do not intend for my charts to be crowded or unnecessarily colorful. My tools of choice are going to be simple: trend lines and a single Moving average.

I will admit that this idea came after I watched a webminar by a fellow Dukascopy community member, and I am changing my trading perspective to that of a purely technical-analysis trader. The idea behind a technical approach is to remove the human bias, and depend totally on the tools or indicators, which analyse the market, and give a reading on market sentiment. Trend lines will form the core of my analysis.

I will use the moving average to determine the trend of the markets to be analyzed. There are many arguments for using an exponential moving average, because it is more sensitive to price movements, but I will be keeping it simple and use a simple moving average with a value of 100.

The moving average has to be large enough to accommodate a lot of price activity; so as not to be susceptible to minor fluctuations in the market.

It is possible to have the right trade idea and still lose money simply because of poor timing. A trade that is stuck in a market that is not moving or ranging can be very frustrating.

Within the last two weeks, we saw some heavy gains from the U.S dollar. From a high of 1.448, we saw the Eurusd go as low as 1.0818. Yes, these are all information that is readily assessable. But this market dropped by roughly 600pips, and did a swift retracement to 1.1003, another 200 pips climb upwards. 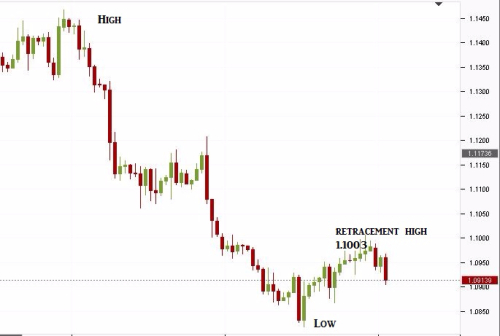 Now let’s apply our 3Ts to analyze what exactly happened to the pair.

Before the drop, the Eurusd was going up and making strong gains.
What was the first indicator that the trend was turning?

The first indication that something was happening was when the Eurusd closed below the moving average.

At that point, any idea of taking long positions should have been thrown out of the window.

A few hours later, the trend change was confirmed by a break of our trend line.

So, using our technical tools, we have “diagnosed” a turn in the trend, the next step is to look for short trades. 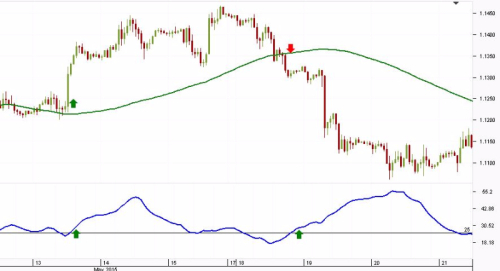 So, we can consider short trades once we get a good high reading from the ADX indicator.

There are many techniques that can be employed for taking positions; some traders wait for a pullback or retracement, while others can use another indicator to filter the entry. Whichever method is used, the trading idea should be to take short positions once we have confirmed a trend reversal from the trend line and moving average.

Now let’s do a quick 3T analysis of the retracement that occurred after the decline of the Eurusd.

When the market closed above the moving average, that was a definite sign to stop thinking about going short.

We later saw a confirmation when the bearish trend line was broken.

After the trend line was broken, price went up by about 50pips, before the current decline. Not every break of a trend line signals a reversal. So it is necessary to try as much as possible to know the direction of the trend before taking a trade.

Please note that I apply the trend line on the four-hourly chart, while the moving average is applied on the hourly chart.

This is the trading style I have decided to use during my participation in this month’s trader contest. I spotted a trend change signal on the Gbpjpy, with price closing below the moving average. 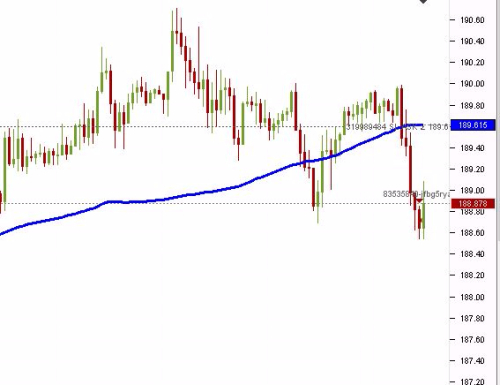 I waited till there was a confirmed break on my trend line, before I executed the trade.

The moving average will act as a kind of stop loss, if price gets above it, I may have to abandon the position. I did not take the reading of the ADX indicator, because the trade was taken a few hours into the European market open, and the pair was already showing decent volatility. 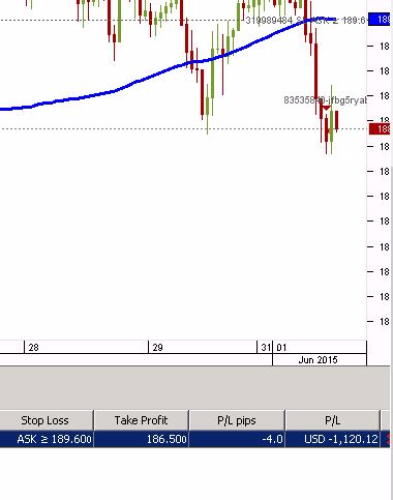 These are just some tips on what to watch out for from past market activity, and to avoid getting into some bad trades. This is a big learning step for me, and I am happy to share whatever insights I may have learned during my time trading the forex market.
Translate to English Show original Toggle Dropdown