Some think that Trump's election victory It will be the end of the rising dollar and there will be a drop in some financial markets, Indeed, This is what happened but only for a few minutes, For someone has a deeper look In Trump policy and Economic data he would stick with the purchase of a dollar coin and he will know that the effect of this news will only be momentary and will not continue for a long time for the following reasons :

First Trump's financial policy aimed to reduce taxes and increase spending, It means an expansionary fiscal policy, It causes more support for economic growth but on the other hand increase the budget deficit and what happens when you increase the budget deficit? The government accepted the borrowing in the form of a bond issue, That is why we have seen a rise in the yield on US bond futures for ten years, and futures for two years It is now near the highest level on this year, When the yield on bonds rise the US dollar also rises 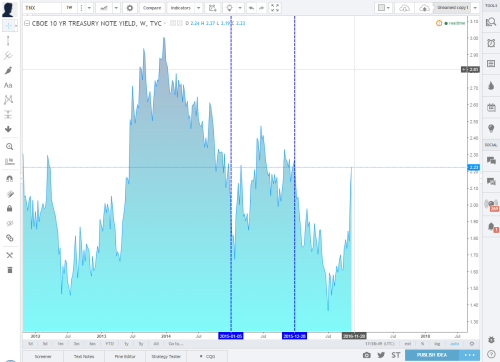 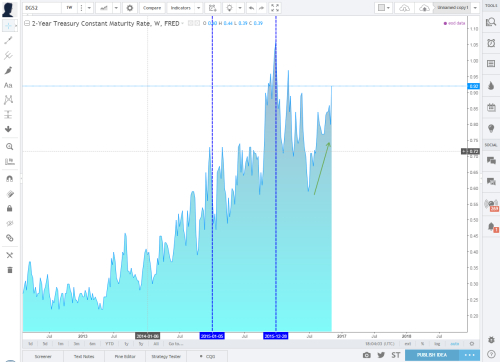 Investors also accept to buy bonds when there is a state of risk aversion and the search for safe havens and With the direction of Fed to raise interest rates It is expected to be adversely affecting the stocks, The yield on government bonds as an indicator of expectations and the path of interest rates.

Second, increased government spending that supports economic growth over the next year and this is expected to be in favor of the continuation of the Fed rate hike and the piece will be accompanied by rising value of the dollar coin

Third, the currency market is affected margins bond yields between countries and this whenever the difference between revenues increased stillness there flow of capital to the highest revenue and increased demand for higher-yielding currency goes down in front of a low yield


Technically, the dollar index rebounded from the rising trend line from the decree last May and Fibonacci retracement level of 61%, which confirmed the purchasing outlook for the dollar.
After reaching the dollar index to 100 level there are risks to the decline in the dollar during the first quarter of the year. 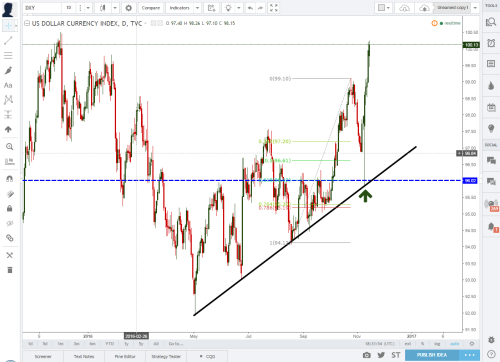