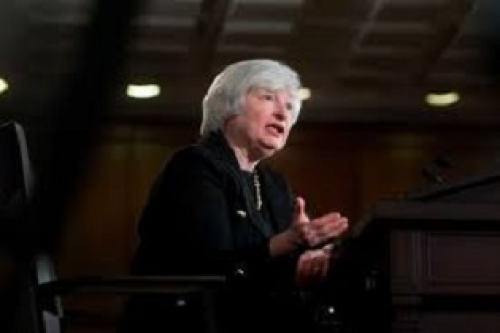 
The FOMC Statement is a highly anticipated event, more so as the FED is nearing it's planned interest rate hike.

A lot of care is put into the exact wording used in the statement, so as not to cause excess volatility in the markets, or misleading information.

Trading this risk event is like playing a game of Poker with the FED, carefully analyzing every word trying to interpret the underlying message. Essentially trying to figure out the FED's cards, to determine when to go all in!
(figuratively speaking).


This article is my personal interpretation of the FED Statement of Dec. Therefore the view here may differ from other publications on the web, as the statement does carry a larger degree of vagueness.

The objective of the article, is to provide trader's that are new to the fundamental side of trading, a view of how a press conference can be interpreted, and subsequently trade the obtained information. 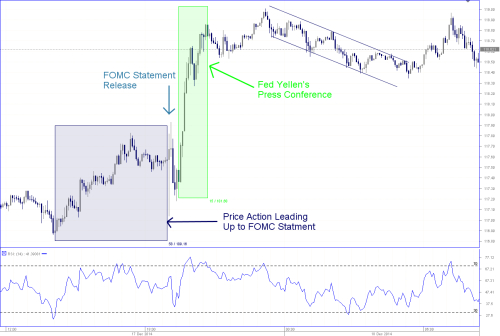 Figure 1 - USDJPY 5M - Showing a bullish effect prior to, during and post FOMC


To sum up the statement in one sentence, the FED see's the economy continue to improve. Everything remains inline to raise interest rates as planned. This will likely occur mid to early 2015, as as the economy stays on track.

The phrase "considerable time" has been used in several of the last statements when it comes to answering questions of when interest rates will be raised. Several analysts expected that phrase to be dropped this time around, which it has. However, the word has been subbed by "patient". As in the FED remains patient in it's course to raise rates.

I interpret this to be bullish, despite what several blogs and articles have already written. Rather then viewing it is a case of substituting one vague word for another, I see it as a step forward. Otherwise, the were be no motivation to make such change in verbiage to begin with.

It largely indicates the FED is moving forward with in it's goals to "normalize". You may hear that word a lot as well. It simply means getting rates back to where they were before, around 3% - 3.75%.

The FED has certain goals for data to ensure the economy is on course in it's recovery. Unemployment and Inflation are two of the key data points they are tracking. They want to ensure the trend in these figures remain, and by using the word "patient" it leaves the door open for a delay if data does not stay inline. (hence the phrase "data dependent").

In attempt to be vague about the timing of rate hikes, Yellen used the phrase "a couple of months". She was called out on this in the Q&A part and asked if couple meant 2. Her answer was the dictionary defines couple as 2, so yes it meant 2. Personally I feel this was a mistake on her part. Perhaps she seemed a bit annoyed at the blatent attempt to uncover her vagueness. Nevertheless, the meaning her is essentially the FED is looking for 2 more months to make a decision. The next meeting in April will be very important.

Not every FOMC Statement is followed by a press conference. And Yellen was asked if this would change, and more importantly, advised that trader's would look to only the meeting dates that followed a press conference for a rate hike. She strongly responded they would not change the policy on press conference, and a hike could come at any meeting.

My view is that I'm not convinced. It does not seem likely that a rate hike would occur without a press conference. The next meetings that are accompanied with a press conference occur in April and following in June. This information alone can present some good trade setups.

Under utilization in the labor market

The word "under utilization" has been used consistently when referencing the labor market. This is transitioned now to the verbiage "under utilization continues to diminish". If there was one single most important data factor to determine a rate hike, it would be the labor market in my opinion. This aspect of the report may not have received the attention it should have and is certainly bullish for the USD. 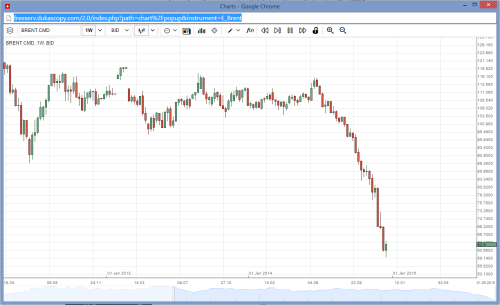 While the rest of the world has major concerns regarding how falling oil prices will affect their economy, Yellen was very optimistic. She was quick to dismiss all concerns citing that falling oil will put money into the pockets of citizens through savings on fuel costs. Which in turn improves the economy.

The exact wording used here was transitory. Which directly translated, means short lived, as in she believes the sell off is temporary.

Her disregard for the importance of the decline in oil is a bit of a concern. She may have over looked the potential impact this may have on inflation. But at the same time, she is obviously aware of current inflation rates and is not concerned. Perhaps there may be something she is seeing that others may not in this case. If the decline in Oil continues, we will have to look for further guidance.

Although the initial statement released looked like it was going to bearish for the dollar. Yellen's press conference gave the impression that she was generally very optimistic about the economy, which translates into a rate hike, and a stronger US Dollar. The market may have been a bit disappointed, as the statement lacked the fuel for a fire in the USD rally. This is largely due to the fact that the market is quite overbought. The message in general is positive, but the effect on the dollar is dependent upon how much of it has already been priced in.

The market has largely been front running the FED, which is essentially the only reason for disappointment. Based on this, I will still look to buy USD on dips moving into the end of the year. As well, look for good support levels to buy the greenback a few weeks leading into the April Meeting.
Translate to English Show original Toggle Dropdown