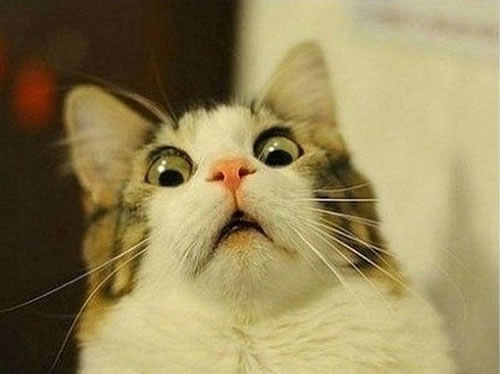 In a state of shock over messed-up trading account

Most (if not all) Newbies will inevitably over-trade their trading account on their first and subsequent live trading accounts unless, before investing their money in live trading account, they get themselves forex educated, understand the market, and practice good money management.
But very unfortunately, most (if not all) Newbies tend to play their live forex account like in the casino and simply place “buy” or “sell” on anything that moves which will result in the early demise of their trading accounts.
It’s an all too familiar path that most (if not all) Forex Newbies take before becoming (if at all) enlighten from these bitter and expensive experiences. However, majority of the Newbies will never graduate to become successful Forex Traders because they are simply too impatient and gave up when they have lost too much in the forex market.
These are the ones who would shout to anyone who would listen, “Forex trading is gambling”, and their tombstones are all along the forex road.

WHAT TO DO IF YOUR TRADING ACCOUNT IS OVER-TRADED AND IN DANGER OF MARGIN CALL AND STOP-OUT :

Most seasoned Forex Traders will advise to take the loss and close out losing trades.
But what if, like myself, you don’t want to take the losses and instead would like to try to save the trading account?

If you find yourself in that situation and with more than two different currency pair in opened trades, well, it will be very difficult to save your trading account except, perhaps, by following these options which doesn't always work out:

1. Recapitalize the account,
2. Don’t open any more new trades,
3. Close all those trades in profits or with little losses.

Then, wait for the other opened trades to go into profits and progressively close them out until you have a clean trading account to re-start trading.
However, do study and pick your next trading currency pair carefully to avoid getting into the same messy situation.

If all your open trades are in only one currency pair, then the obvious thing to do is to hedge the trades…i.e. open some trades in the opposite direction to your open trades and start closing out profitable trades as they arises.

However, if the troubled trading account has open trades in both directions…i.e. both “buy” and “sell”…then count which side (“buy” or “sell" has more trades opened.
If you have 10 “buy” opened trades and 18 “sell” trades, that means you have 8 “sell” trades more than the “buy” trades which gives you the option to open 8 “buy” similar size trades to balance out the account, or to recapitalize the trading account which will allow you to close those trades which are in profits without putting your account into margin-call and stop-out.

With that option to open 8 “buy” trades, you can actually open and close them out in profits to build up your equity until the trading account is at a level whereby more than 8 “buy” trades can be executed without getting margin call.

In fact, after you have built up the equity, you can even open some “sell” if the market is going in that direction but you must close out these “sell” trades as soon as they go into profits.

The whole idea is to balance your opened trades so that each side of the trades…i.e. “buy” or “sell”…are not more than what your trading account can handle. In the trading account example below, there are 21 opened trade difference which is pretty much in a dangerous area.

If you are using 1:300 leverage (as in below example), do be very mindful of change in leverage over the weekend which (in Dukascopy) is reset to 1:90

So it’s very important to keep the “Use of Leverage” to 27% and below because at 1:90 leverage over the weekend (and international holidays) will mean your trading account “Use of Leverage” will be around 80% which, from my personal experience, is reasonably safe unless, of course, if market opens with a huge gap.
If the gap is against the side where you have more open trades, then your trading account will probably go into margin call and potential stop-out. The above trading account is a good example of very bad money management, over trading (232 open trades), and everything else that successful Forex Traders are not supposed to do.

Hope readers of this article got some useful ideas on what to do and not to do when trading the forex market.