Community
Article contest
How to Create Your Own Theory on Rate Movements
1. Overview
There are a lot of theories in FOREX market. You can use various indicators, trade signals, copy others trades, etc. But in every such a case you will use some theory, which will be used by many others. Of course it is great job to choose relevant method and apply it during right conditions. But can you create your own theory? This question arises sooner or later after spending some years in FOREX market.
2. Movements prediction method description
When creating theory for predictions some kind of statistical method could be used. I will assume that if some pair is in the middle of its highs and lows (lets assume analyzing only 10 past years) from statistical point of view it is unlikely that during coming 2-3 years such pair will break highs or lows. Of course it is from statistical point of view as in real world different matters could occur and ruin statistical predictions. But there is no 100% accurate predictions in any case.
For this analysis monthly charts will be used.
Further on from statistical point of view if we will take shorter period lets say 2 years and look at highs and lows for this period and if rate is somewhere in the middle again once again from statistical point of view it is unlikely that pair will break lows or highs in this case either.
For this analysis weekly charts will be used.
Now lets analyze even shorter period - 9 months and find some pair which resides in the middle of highs and lows for that period. For such analysis daily charts will be used.
3. Analysis of EUR/USD charts
After pure theoretical assumptions lets look to real chart. At this stage EUR/USD chart will be analyzed. If we took 10 year period of EUR/USD movements we can see that lowest level of rate in that period was at ~1.08 and highest rate was at ~1.60. Thus median of such interval is at around 1.34. It is level not far away from current EUR/USD rate. 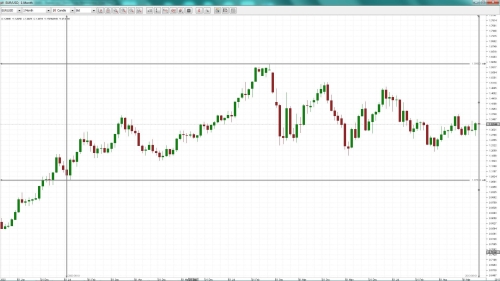 Now lets go further and see what happened to EUR/USD pair during last 2 years. We can see that during this period EUR/USD rate highs was at ~1.445 and lows at ~1.205. Thus median of this interval is at around 1.3250. It is exactly were rate is now. 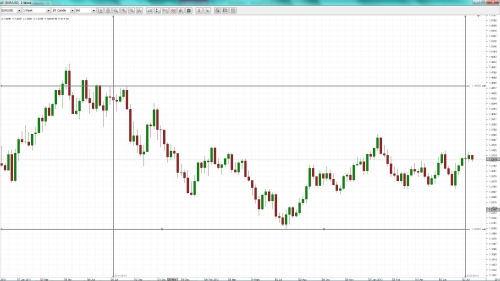 And last interval to be analyzed in this case is 9 months. During this period lows were at ~1.265 and highs at ~1.37 - median at around 1.3175. And again it is a level not far from there EUR/USD rate presently resides. 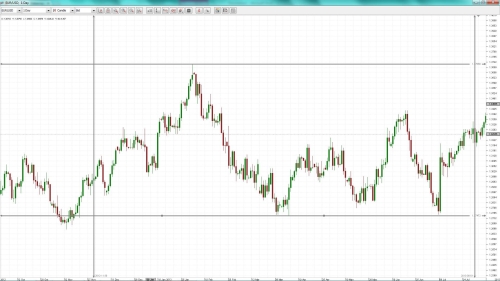 4. Analysis of GBP/USD charts
Now we will perform same analysis on another currency pair - GBP/USD. In the last 10 years pair had quite wide range from highs at ~2.115 till lows at ~1.35. Thus median of this interval is at around 1.7325. 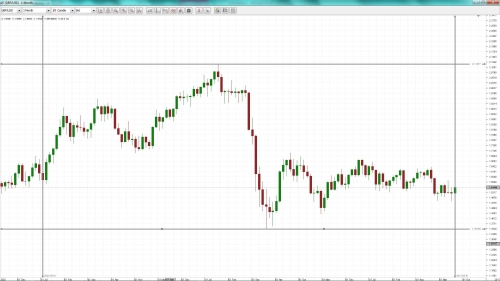 Median is far away from current rate thus it could be expected that rate will climb to its median. Bur lets look at another periods also. During this period pair had highs at ~1.66 and lows at 1.48 - median at around 1.57. 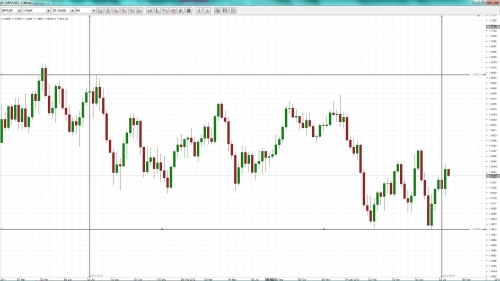 Lets analyze 9 month period now. We can see that span of this period is very similar to 2 year period. Highs were at ~1.64 and lows at ~1.48 - median at around 1.56.
5. Entries calculation
So that from all of this. We have pair - EUR/USD - which rate is at the levels of median from all intervals and pair - GBP/USD - which rate is at levels below medians of all intervals. Lets put everything in table an analyze further.

As can be seen from the table EUR/USD medians are declining but at slow pace. GBP/USD medians are declining at faster pace.
Therefore for EUR/USD rate movement prediction it can be assumed that rate will decline further and do not break highs of 9 months period in the near future. Therefore as outcome of this prediction could be recommendation to sell EUR/USD when it will reach 1.34-1.35 area with stop loss above 1.37 and take profit below 1.30.
In GBP/USD case it could be assumed that rate will decline further also but decline will decrease gradually but there is possibility of rate bouncing back as it is now below medians. In such a case it would be more suitable trying to catch small rate movements by placing entry buys at around 1.51-1.52 levels with stop loss below 1.50 and take profit above 1.54.
6. What's next
So whats next? I think it could be feasible to wait and see if this theory has some ground or not. Then mentioned pairs will reach described levels I will try to enter trades and see what will happen. If this will work to some extend another pairs could be analysed and possible entry scenarios prepared for them too.
Translate to English Show original Toggle Dropdown