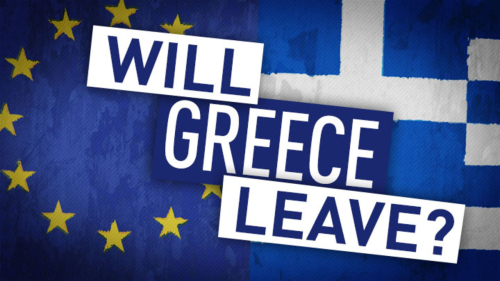 The entire financial system is going to be put at test in an no so distant future and since Greece has been on the front stage for such a long time I think it's time to address this issues and give you my own perspective on this matters and what would be the implications of an disruptive event like Grexit.

There are many times that nothing happens for a long period of time until all of a sudden everything happens at once and what is more important the markets are paying attention and we get extreme moves like we saw last week.


For traders who operates in the FX Market it's easy to understand that Greece debt problems was that they converted their debt from drachma to euro and then the currency rose from 80 cent to $1.60 against the US dollar. This effectively doubled their debt in real terms and now servicing that debt is almost impossible without a serious debt haircut.


Since I'm writing this article over the weekend I have no idea what the outcome of the referendum would be. So, you may be asking yourself what is this Greece Referendum all about, and in simple words is this: Greek people are being asked to vote on whether to accept/ or not current proposal from Brussels and the country's creditors which include more austerity, in order to receive more aid. Under the threat and possibility of leaving the European monetary union this creates uncertainty and fear among Greek people which in turn leaves the door open for an outcome in either direction as also the polls still point to a close outcome. 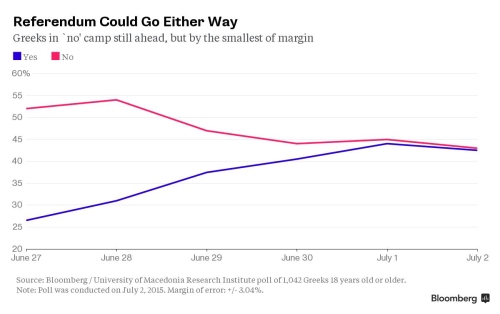 The thing that can weight the balance in favor of a YES vote is Greek's confidence that remaining in the euro is the best for their future as recent polls showed 81% still believed in Euro. 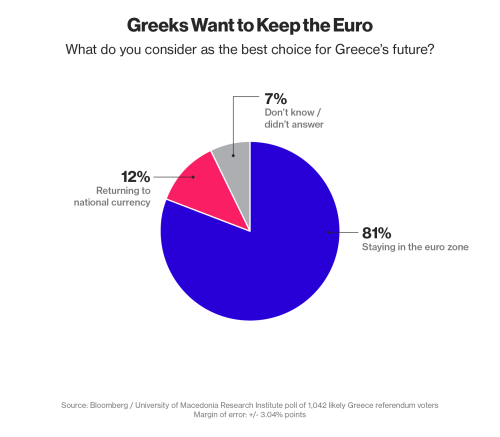 No matter what the outcome of Greece referendum would be, the one certainty we have is that Greece is expected to face a new period of uncertainty and political turmoil which in turn can be detrimental to financial market stability, because no matter how you take it Greece DOES matter. We're facing two scenarios that can play out: 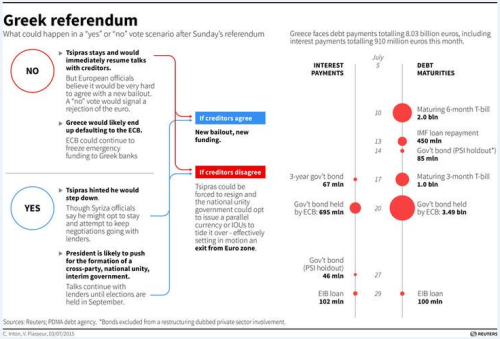 Markets have consistently experienced " 100-year events" every five years. Paul Tudor Jones
They say the Black Swan events are characterized by rarity and extreme impact and once again the financial markets are proving this to be wrong as theory has nothing to do with reality. Not so long ago we had the SNB event which disrupted the market activity than we had the 10 May Flash Crash, and the Bond Market flash Crash. Can Grexit be the catalyst for the next black swan event? Sure it can, however the probabilities are much more less to happen but that doesn't mean we won't have risk aversion as portfolio re-allocations and re-positioning of market participants in case of a such event will produce some volatility.

If you ask me I think the euro will rally after an initial sell off- knee jerk reaction, because the euro will be better off without Greece in the first place. 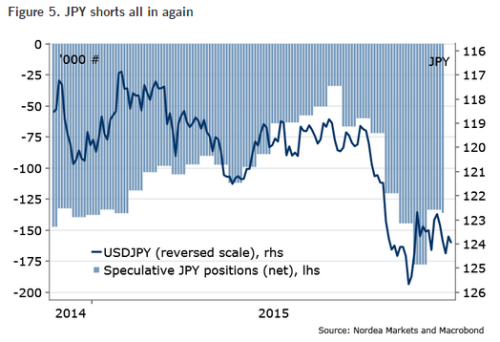 It couldn't be a better timing for the short JPY speculative positions to have been re-established and to use it as an contrarian indicator. The main driver behind this bullishness are the hopes of Fed interest rate normalization and global rates going higher, which it may be proven a wrong beat if risk aversion scenario kicks in. Direct comparison between USD/JPY now and in 1990 supports the idea of risk aversion scenario.

Also the yen seasonality provides an optimal context for the thesis of severe risk aversion and has supported recent rally started from May through Jun which is typically weak for Yen or bullish USD/JPY. However the same seasonality chart points for a reversal and stronger Yen starting from beginning of August. 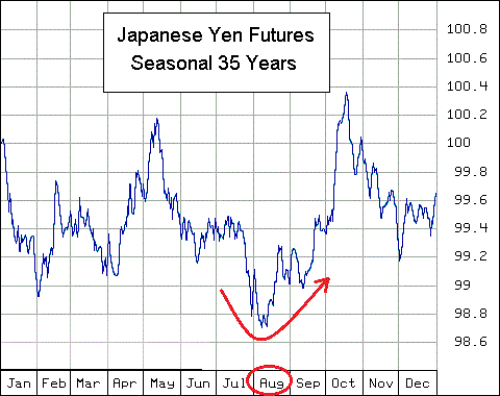 What is really interesting and helpful is that back in the 90's Nikkei 225 was leading USD/JPY and broke lower ahead of any move in USD/JPY which highlights massive volatility in USD/JPY and a potential reversal. It is no coincidence then that USDJPY has maintained a remarkable similarity to the Nikkei in the late 1980's for the last 2.5 years. This shows that both USDJPY and Nikkei have also entered the last stages. There are many different styles of trading, but taking in consideration the volatility of this market now and in the 90's there are numbers of reasons and clear triggers to suggest why I'm waiting for more aggressive shorts. 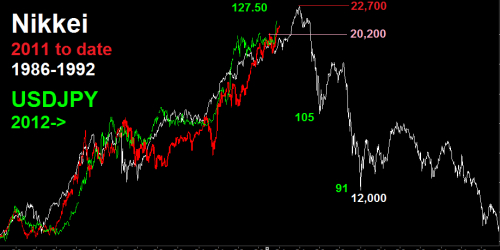 I think I've made my case clear that in case of Grexit scenario my believe is that EUR/USD will rally after an initial knee jerk sell-off reaction. My reasoning is quite simple, since ECB has started an aggressive QE program and cut the deposit rates to negative EUR/USD has become the new carry trade favorite for investors as they could borrow money cheaply and lend it out at higher rates overseas. In time of turmoils this leveraged carry positions are the one who will be liquidate first as traders will be forced to unwind leveraged positions. However the real unwinding of carry trade will be when ECB will abandon current loose monetary policy and end the QE program, but most likely we'll have to wait another 1-2 years for that to happen. 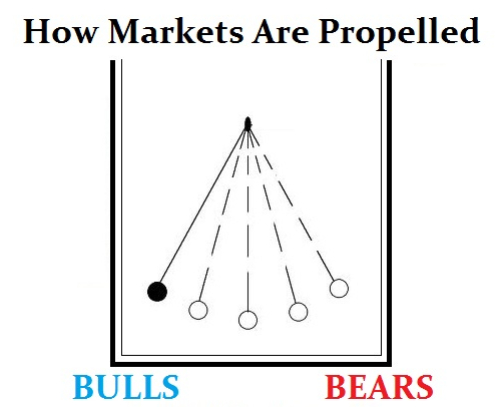 Greece referendum is truly an historic vote as never before any country in EU has been so close to set the stage for an exit out of the European monetary union. The consequence of such an disruptive event can have violent dislocations in the currencies market and I hope by now you have an idea on how I'm going to play the Grexit scenario.