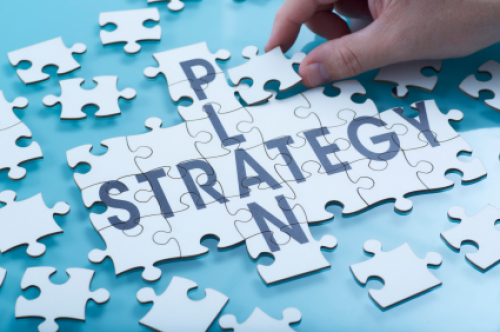 "If you fail to plan, you are planning to fail." Benjamin Franklin

After several months of trading in the forex market, I can confidently say that I have found a strategy which is to a large extent very reliable. The strategy is literally making me thousands of dollars in cash prize in the Dukascopy trader contest.

The last screenshot is for the month of June 2014. It has not yet been officially announced, but that third place position is looking very good.

Trading for me has been a very interesting learning process. It took me a while, but I finally found a trading strategy that I was comfortable with, and that was relatively profitable. This article is about my trading strategy and its performance during the month of June 2014.

The screenshot below shows the entry conditions for long and short trades.

I started the month of June 2014 with great expectations and goals. Those goals were to finish among the top 10 in the trader contest and to do better than the previous month, in terms of making more profit on the trading account. I have realised that setting goals for oneself before an endeavour is a very healthy habit.

My first trade was a long signal on the GBPCAD. The indicators all aligned, and I wasted no time in setting up the trade. As much as possible, I tried to use conditional orders for all my trades, to get me maximum points during the trader contest.

My second trade that week was on the EURCAD. Once again, I got a long signal to buy the pair.

Looking back at these trades, I realised now that my exits were a bit hasty. I did not allow enough time for price to trend in my direction and earn more pips.

During that same week, I took a series of short positions on the USDSEK and USDNOK. Not all those trades were fully supported by my trading strategy.

At this point during the month, I was feeling a bit adventurous and was attempting to pick tops and bottoms.

In my bid to beat the market, I missed the actual trading signal when it came and missed the potential profit I could have gotten from the trade.

The screenshot above shows my short entry on the USDMXN pair. In that trade, only two indicators supported my entry. Looking back, I realise I was not very patient with my entries.

My best trades for the month came during the second week of June 2014. These trades were taken on the EURJPY and CHFJPY. I believe these were the trades that shot me to the top of the trader contest table.

I could have made more from these trades if I had let the trend continue in the direction of my trades, but with the competitive atmosphere in the trader contest, I was anxious to secure whatever profit I could. Little did I know that the last weeks of the contest would be marked by extremely low volatility.

Another remarkable trade taken during the month of June 2014 was on the GBPNZD. In this trade, I had three indicators supporting the trade, and I made 98 pips in the process.

Anyone reading this article up to this point might think the month of June 2014 was totally rosy and without any loss, that was not the case. Even with my strategy, I still had some losing trades.

The screenshot below shows my short entry on the AUDJPY pair.

Even though my indicators supported the trade, I still ended the trade at a loss. The reason was where my Stop Loss was placed; the ideal location for my stop Loss should have been above the resistance area. This reminded me that my strategy was not independent of technical support or resistance areas.

Another losing trade was on the GBPCAD pair.

In this trade, all the indicators supported the trade, but my entry was late. An ideal entry would have been several hours earlier when the indicators initially gave the sell signal. This particular trade taught me the importance of a timely entry.

This trade was an attempt to buy in a trend that was very bearish. Most of the indicators supported the trade, but the 200-day exponential moving average was still above price and quite far from my entry point. The fundamentals surrounding the NZD currency also did not support that trading position. It was a loss, but a lesson well learnt.

I ended the trading month with a balance of 239k and finished 3rd on the trader contest table.

I admit that I did not always follow my strategy to the letter, and that on some occasions my exits were hasty and premature, but I felt better trading with a strategy than without. My strategy acted as a guide or compass; it helped me identify the current trend and easily spot signs of an early reversal. This is not the holy grail of trading strategies, it is just a guide that has helped me in my trading journey.

I hope the article has been informative and helpful. I welcome and appreciate comments and contributions.
Translate to English Show original Toggle Dropdown