Community
Article contest
Golden Cross Strategy (april 2014 Review)
Is it possible to be consistently ‘lucky’ in the currency market and produce profitable results on a monthly basis? 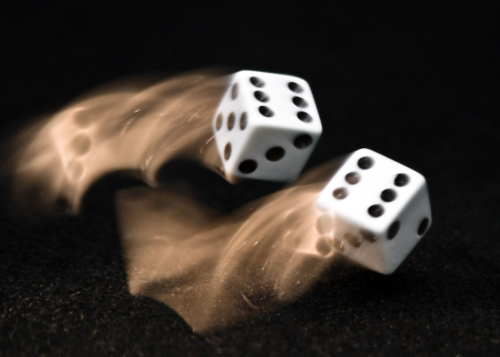 This was the question I asked myself, the answer is NO. You cannot be profitable every month based purely on luck. In my search to become a better trader, I read a book titled “The New Market Wizards” by Jack D. Schwager. The book contains a series of interviews with some of the greatest traders of our time. After reading the book, I found out a very profound truth; No trading success is based on accident or luck. These great traders interviewed all had one thing in common; they had a defined methodology or strategy. And they stuck to it and they made consistent profits.

Consistent profits from trading require a methodology or trading system;this is what led me to my “Golden cross strategy”. It is a trend-following system that uses the 20-day EMA, 200-day EMA, 84-day (Commodity Channel Index) CCI and 18 -Time Period (Time Segmented Volume) TVS.

I employed this strategy during the month of April 2014, and I am happy to report that I indeed made some good returns. For the first time in a long time, I found myself among the top 10 ranking in the Dukascopy trader contest. 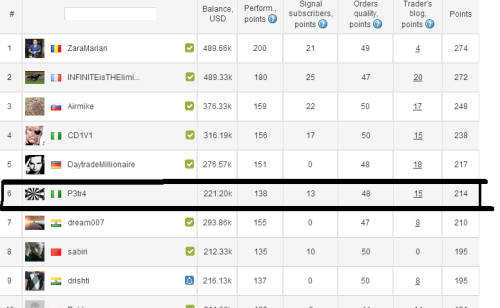 At the end of the month, i was still with the top 10 contestants. 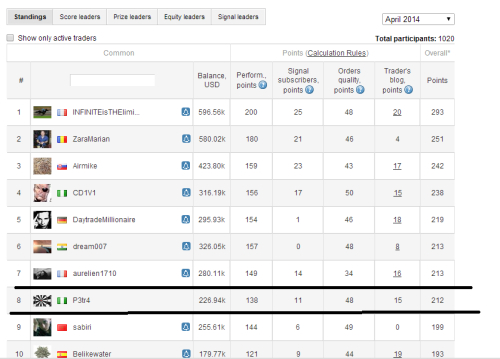 The purpose of this article is to review my trades during the month of April 2014, and state my observations and results.The pairs chosen for this strategy are the EURUSD, GBPUSD, EURJPY, GBPJPY and GBPAUD. These pairs were chosen for their volatility and high daily pip count.My first set of trades was on the GBPJPY pair, where I took a series of short trades. For those trades, I did not have the patience to wait for all indicators to align, and consequently I got fidgety and took some losses. My second entry was however better, because out of the four trading conditions for a short entry, three were met.

I was unable to maximize the profit form that trade and eventually exited with a loss. I was nervous about these trades because of the Non-farm payroll data that was due to be released that day.I also took a short trade on the EURJPY, using three out of the four indicator signals. The trade ended profitably, but I did not maximize that trade because I used a very tight trailing profit.

Reviewing the charts later on, I found out another short entry presented itself; which would have given even a higher number of pips.

In reality, I missed several re-entries on both the EURJPY and GBPJPY, but I have realized I feel comfortable taking only a maximum of three trades from any signal on any particular pair.

I also dabbled with the USDSEK pair; taking some short trades based on the strategy. I did not wait for all the indicators to support the first short trade; I executed the trade while price was above the 200EMA. The second trade was also with price above the 200EMA, but with the CCI below zero and the TVS below the zero line.

The third short trade was better, since it fulfilled all the requirements of a short entry.

Another profitable short USDSEK trade was taken when price was below the 20-day EMA, TVS below the zero line and the CCI indicator was sloping downwards. With this trade, only two indicators agreed.

At a point during the month, I got very confident and took a trade using only a signal from one indicator instead of four. This trade was a counter-trend trade; I took a short GBPUSD when price went below the 20EMA. In my over-confident state, I missed a very good re-entry trade.

Some of my best trades were on the Yen pairs and the GBPUSD.

On the GBPUSD, all trading conditions were met for a long entry, and the result was spectacular. This ws easily my best trade for the month of April 2014.

On the Yen pairs, i took several long positions; not all the indicators agreed for the entries.

Those Yen trades were very profitable for me.

These are just a review of some of the trades I took using this strategy.

Not all my trades were profitable, just after the Easter Holidays, when the markets were ranging; I experienced a string of losses. I was again reminded that this strategy is not effective in a ranging market, and is best suited for periods with high volatility.

The reasons for this drop was simple, I did not employ proper money management. All my trades were taken at the maximum allowed trading volume. This was also the period within which I completely ignored my trading strategy, and traded based on my intuition. It was a very costly lesson, because I realize now that my performance could have been much better.

The month of April 2014 was a great learning month, i have made a list of some of my observations while trading the strategy.


To buttress my fourth point, the more indicators that support a trading signal the higher the chances of success for that trade.

This is just a review of my April trades using my strategy, i hope it has been informative and helpful. I will be happy for comments and inputs. Remember that the trend is your friend.
Translate to English Show original Toggle Dropdown