Community
Article contest
GBP/USD Deja Vu Trading Setup
1.0 Introduction
Surely you have in your life watched at least one movie "Groundhog Day". Bill Murray finds himself in time loop.As same as him, I felt time loop whole week. I had feeling that GBP/USD trading setup plays out exactly as it did before. Price action, economic news, reactions were like in the past like Deja Vu effect. I started to watch charts from the past and in one moment I remembered. I saw similar setup in August 2013. 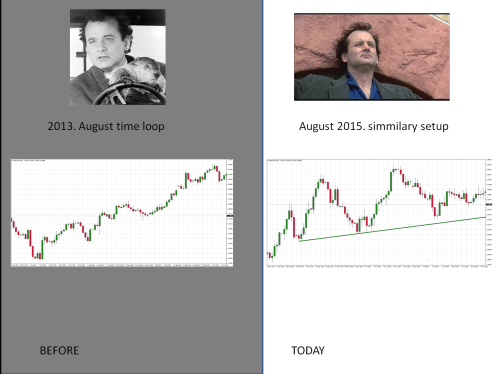 Figure 1: GBP/USD trading setup similar like as in the past

2.0 My trading setup before BoE Report

In August 2013., UK economy was in excellent shape. Like this year. All traders expected to see higher interest rate and in September 2013. everyone expected good news. A lot of traders hoped that the first week of August would bring new interest rate. As we can see on Figure 2, Bank of England didn't change interest rate and in one hour price went down more than 130 pips.

GBP/USD very soon went higher on August 2013. I saw the same setup this Thursday in 2015. I wanted to sell GBP/USD because:

Figure 3: GBP/USD went down 130 pips on August 6. after Boe statement

After 115 pips, at 1.55 I closed my trade. I was afraid of fast bullish retrace like in august 2013. Of course, market didn't react 100% the same like in the past because, we had important and strong US report the day after, in Friday.

3.0 Bank of England and UK Economy

The Central Bank of the United Kingdom has decided today to keep its benchmark interest rate at a record low level, and indicated that in the near future it will not be increased. 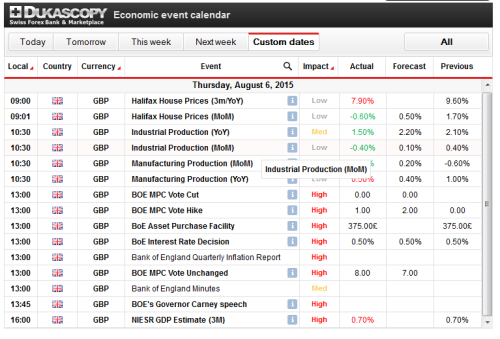 With concerns about low inflation and slowing growth in Asia, the members of the monetary policy of the Bank of England voted by eight votes "for" and one "against" the benchmark interest rate to 0.5 per cent allowed 78 straight month, as well as to not pumped extra money into the economy.

Almost unanimous decision surprised many investors and analysts who had expected at least two or three voices to raise interest rates. After news of the decision of the pound fell as investors judged that a long time interest rates will be low, which tends to weaken the national currency.

Bank Governor Mark Carney recently indicated that the Bank of England closer to raising interest rates since the growth of the British economy among the highest among the developed economies, but today's quality suggests that the monetary policy committee believes that the moment is still far away.

Inflation in the UK is at zero percent, which is far from the target of two percent and no greater pressure to increase interest rates, although the Bank of England altered the forecast growth for this year from 2.5 to 2.8 percent.

As in August 2013, GBP went down. My trade was risky because strong volatility on important events and crazy volume during summer days are very tricky for traders. In long term, I see GBP in rising wedge and I think we will see new highs. Patterns from the past can help us a lot in trading, so we need to keep update trading journal.
Translate to English Show original Toggle Dropdown