Last week began with the BOJ meeting minutes which was not volatile for the yen pairs and we got the conclusion that the economy of Japan improving gradualy, however it did not help the yen to be held in relation to other currencies and was the weakest currency in the last week among the majors. In the EU we had weak data particularly in the industrial production and GDP of EU, which was below expectations, while perhaps the only positive point was that Germany had somewhat better than expected inflation and trade balance that far exceeded expectations. Also, the euro was one of the weakest currencies and compared to usd fell and broke through some key supports.

On Thursday we had the BoE, pound was very choppy but after expectations of lower inflation and moderate dovish stance of Carney continued to decline. Rise of oil prices in the last week did not help commodity currencies and they were all in the red compared to usd. Based on the above, we conclude that the US dollar was the strongest currency in the last week after a week of declined from the low this year.

This week we will analyze one of the commodity currency compared to usd which is now in a very strong downtrend and this is Australian dollar.

Last week we hadnt significant data from Australia in addition to the data from China that affect the aud. This week we have 5 events that are worthy of attention. The first is the RBA Monetary Policy Meeting Minutes which will be Tuesday I was waiting for her detailed information about a sudden cut from the RBA at a level of 1.75%. Next the MI Leading Index, which had an increase in 2016, which will be on Wednesday, as RBA Assistant Governor Guy Debelle speaks also on Wednesday who will speak at a conference in Beijing, China. Wage Growth index, which has a steady reading in 2016 will be on Wednesday, while on Thursday to have Employment Change, which will try to overcome the amount of 12.3 thousand. The market is still sitting on the AUDUSD downtrend after the sudden interest rate cuts earlier this month.

On the weekly chart we see three hundred bearish candle tells us that we have confirmation of downtrend. Formation prices, moving average 100 and 200, confirm conclusion that we are in bearish mode. 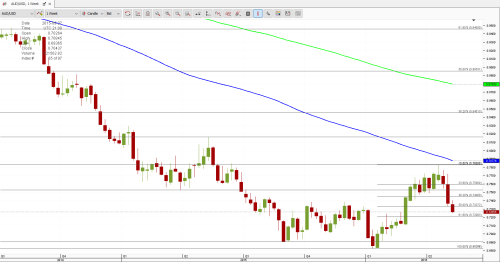 On the daily chart we have moving average 100 above the moving average 200 while the price is between two ma, tells us that we have not a clear picture of the confirmed trend on this chart. 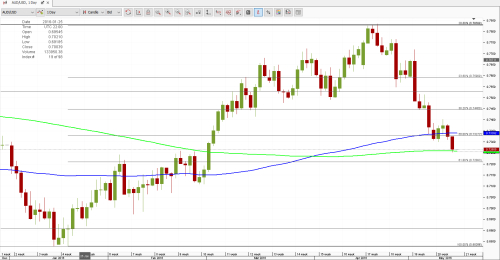 On the hourly chart the price setting and two MA gives us a very clear picture of which is that the short-term level AUDUSD is in downtrend I see that this trend started from the intersection of 100 ma and on 200. 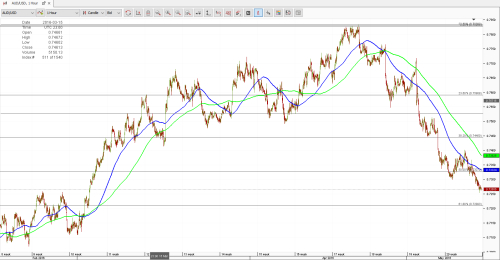 A large drop that occurred on audusd after RBA rate cut marked the bearish mode in this currency pair, however, approaching the significant supports bulls where they will provide strong resistance to further weakening aud. But on the other hand, we see an increasing demand for usd. I think it will be in the range udusd next week, because although there are bearish trend we are on the supports that will hold at least for a while.
Translate to English Show original Toggle Dropdown