Community
Article contest
Enemies Ot Trading Successfully Part B
In my last article,we discuss about greed and how it affect our trading decision,i receive some feedback and questions which will be treated in this edition as we continue to undo the enemies of trading successfully. 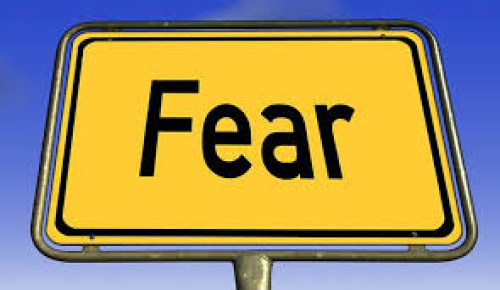 We’ll now shift towards “Fear and Hope”, another psychological trait which leads to making common mistakes. Fear always leads to illogical actions and hasty decisions which in turn cause detriment to traders.Just as the trader can become overwhelmed with greed, the same can happen with fear ("an unpleasant, often strong emotion, of anticipation or awareness of danger").
We all know that the market has its own cycle going up and down. The underlying reason why the cycle works is human fear that leads to the next cycle in market psychology. Traders become over-confident at the stage of Euphoria and aim at satisfying their fourth need without thinking logically, which can lead to losses and fear. Nevertheless, in the second market cycle fear becomes productive and the trader gets paid. Hence, it is good to have fear of market conditions, which keeps you alert while taking any trading decision, but at the same time too much fear can ruin the trading practice.

Fear in trading can be classified into four:
1 Fear of Losing
The fear of losing when making a trade often has several consequences. Fear of loss tends to make a timer hesitant to execute his or her timing strategy. This can often lead to an inability to pull the trigger on new entries as well as on new exits. 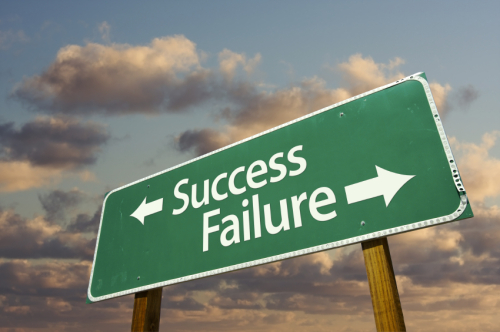 2 Fear of Missing Out
Every trend always has its doubters. As the trend progresses, skeptics will slowly become converts due to the fear of missing out on profits or the pain of losses in betting against that trend.

3 Fear of Letting a Profit Turn Into a Loss Unfortunately, most market timers (and traders) do the opposite of "let your profits run and cut your losses short." Instead, they take quick profits while letting losers get out of control. 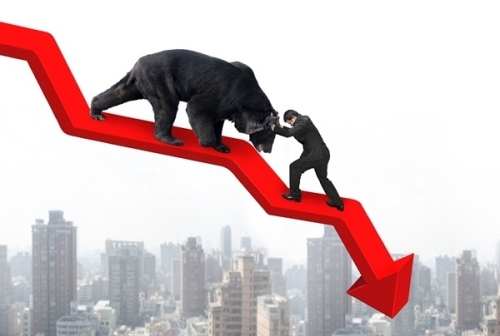 4 Fear of Not Being Right Too many market timers care too much about being proven right in their analysis on each trade, as opposed to looking at timing as a probability game in which they will be both right and wrong on individual trades.

We can also consider the power of “Hope” which is an additional trait affecting the trade practices. “Hope” is good in normal life as it generates optimism, but it is not so good if the facts don’t back the decision. Hope is dangerous in the Forex market, where you need to use your own mind while taking a trading decision. For example, the general practice of altering the Stop-Loss level due to unrealistic targets expectation is the negative effect of Hope. 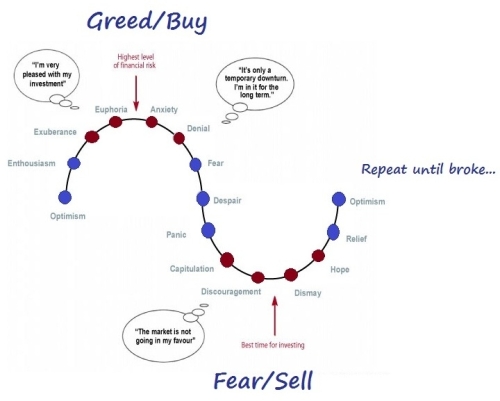 how the mind of a trader works 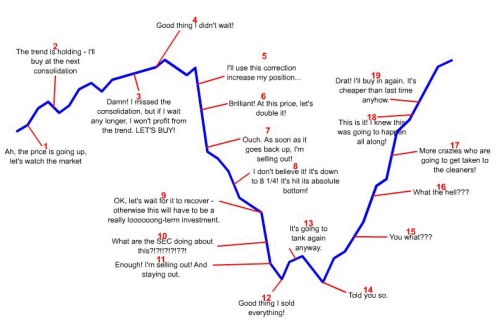 Overall, traders crave action. Why? It may be just for the thrill or excitement that it brings. Still, some believe that the greater the action, the more wins they are likely to attain. Yet others crave instant gratitude, meaning money ASAP (as soon as possible).

Understand the market: Even if you don’t plan your trades, you can still achieve better results by being patient. You must first understand the market and the logical reasoning behind every move, and only then take the trading decision.

Have some rules: You should create a set of r rules that will secure you from unfavorable market conditions and give better results. Here are the examples of such rules: Focus on executing the plan and measuring the performance critically to avoid delays and/or hasty trade decisions

As a market trader, you must move from a fearful mindset to a mental state of confidence. You have to believe in your ability to execute every trade, regardless of the current market sentiment (which is often at odds with the trade).Knowing that the timing strategy you are following will be profitable over time builds the confidence needed to take all of the trades. It also makes it easier to continue to execute new trades after a string of small losing ones.Psychologically, this is the critical point where many individuals will pull the plug, because they are too reactive to emotions as opposed to the longer-term mechanics of their timing strategy.And typically, when traders pull the plug and exit their strategy, it is exactly at that time that the next profitable trend begins.Too many trader have an "all-or-nothing" mentality. They're either going to get rich quick or blow out trying. You want to take the opposite mentality: one that signals that you are in this for the long haul.
You are the final decision-maker for your portfolio, and thus responsible for any gains or losses in your investments. Sticking to sound trading decisions while controlling your emotions, whether it be greed or fear, and not blindly following market sentiment is crucial to successful investing and maintaining your long-term strategy.But beware:never wavering from an trading strategy during times of high emotions in the market can also spell disaster. Once you find the right balance between both these elements, you can become a successful trader. Don’t forget, you should really be interested in the market,which in its turn will give you motivation for self.
Translate to English Show original Toggle Dropdown