This article looks at the successes and failures of the current expansionary monetary policy regimes in the world with particular emphasis on the economies employing the negative interest rate policy. 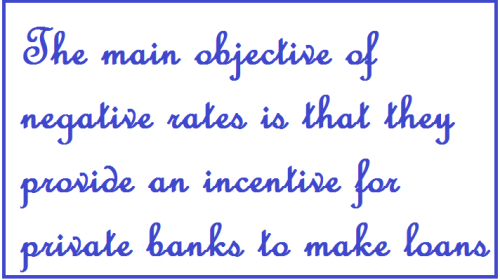 During periods of economic downturn and deflationary pressures, central banks often lower rates to stimulate growth and to raise the inflation rate. The main objective of negative rates is that they provide an incentive for private banks to make loans. With the negative interest in place, storing money at the central bank in the form of reserves or holding lots of cash will become unattractive and projects that were not worth funding even in a low-interest-rate environment might now look worthwhile.

In some cases, central banks turn to negative rates to lower their exchange rates and make their exports more competitive and in the process stimulate economic growth. Lower rates on a country’s fixed income securities mean less demand, which in turn leads to lower demand on the currency and, thus, a decline in the exchange rate. A lower exchange rate makes a country’s exports more attractive to foreign consumers whilst making import more expensive on the local market. 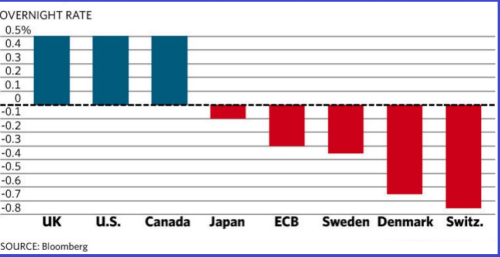 Fig 1: The countries and the interest rate polices.

As is highlighted in fig 1 above, five of worlds’ biggest economies are already employing the negative interest rate policy. 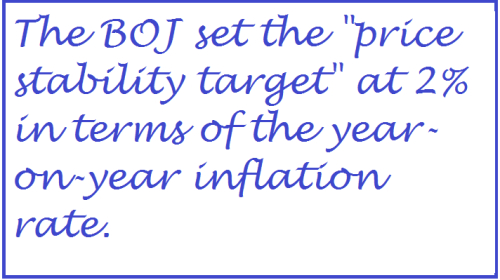 The Bank of Japan (BOJ), decides and implements monetary policy with the aim of maintaining price stability, which in turn provides the foundation for the nation's economic activity. On this basis, the BOJ set the "price stability target" at 2% in terms of the year-on-year inflation rate. In its endeavor to implement monetary policy, the Bank influences the formation of interest rates for the purpose of currency and monetary control, by means of its operational instruments, such as money market operations.

At a Monetary Policy Meeting held on January 28 and 29, 2016, the BOJ decided to introduce "Quantitative and Qualitative Monetary Easing (QQE) with a Negative Interest Rate. The interest rate was set at minus 0.1 percent to be applied to current accounts that financial institutions hold at the BOJ, whilst the monetary base was set to increase at an annual pace of about 80 trillion yen due to money market operations.

The inflation rate in Japan dropped to minus 0.4 percent year-on-year in May 2016. This was the third straight month of decline as prices of food eased while cost of housing and transport also declined.

Despite the highly accommodative monetary policy and recovering oil and energy prices the inflation rate in Japan continues to move in the negative direction and falls far short of the target.

The primary objective of the ECB’s monetary policy is to maintain price stability. The ECB aims at inflation rates of below, but close to, 2% over the medium term.
At the meeting of the Governing Council of the ECB on the 10th of March 2016 the following monetary policy decisions were made:

The inflation rate in the Euro area rose by a meager 0.1 percent on the year in June of 2016, following a minus 0.1 percent drop in May. Putting it into perspective this was the first positive reading of inflation in 2016 as can be seen in fig 3. The core inflation rate, which excludes prices of energy, food, alcohol and tobacco is came in at 0.9 percent in June. 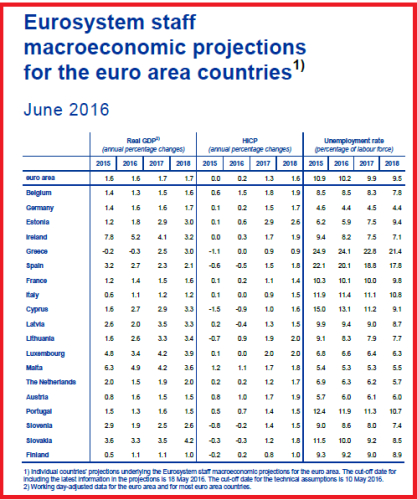 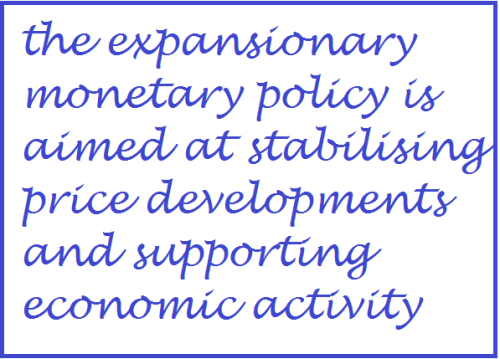 The SNB has been on an expansionary monetary policy and to this end the interest on sight deposits at the SNB were set at minus 0.75% and the target range for the three-month Libor is pegged between minus 1.25% and minus 0.25%. The SNB is also an active participant in the foreign exchange market. The main objective of the SNB’s negative interest rate policy and its willingness to intervene in the foreign exchange market is to make Swiss franc (CHF) investments less attractive, thereby easing pressure on the currency. In their view the Swiss franc is significantly overvalued and the expansionary monetary policy is aimed at stabilising price developments and supporting economic activity.

Swiss inflation came in at minus 0.4 percent on the year in June 2016. This was the 20th straight month of deflation, dragged lower by falls in prices of housing, health and transportation while cost of food and recreation and culture rose at a faster pace.

Switzerland's economy grew by 0.1 percent in the first quarter of 2016 as shown in Fig 7. The economy though registering positive growth, the growth rates have not matched those witnessed in 2013 despite the expansionary monetary policy.

The risks facing these economies weigh heavily to the downside. The decision by the United Kingdom to exit the European Union, the uncertainty in the stability of global oil and energy prices and weaker global growth may mean prolonged periods of inflation rates running below the targeted levels. In light of this central banks may be forced to ratchet up the expansionary drive in an endeavor to achieve the monetary policy objectives.
Translate to English Show original Toggle Dropdown