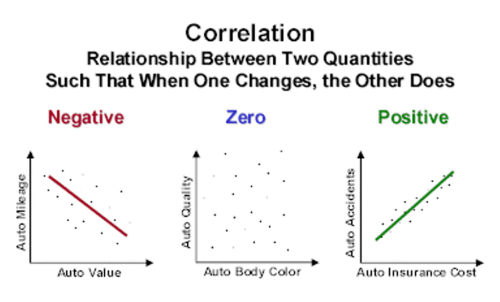 So a currency’s appreciating is directly tied to the state of its economy. When the USD (United States Dollar) is appreciating, what happens to the EURUSD?

The best way to visualize this is to use a scale. If the USD is appreciating over the EUR, it means the USD has more weight or demand than the EUR. So the market will go in the direction of the “heavier” currency. 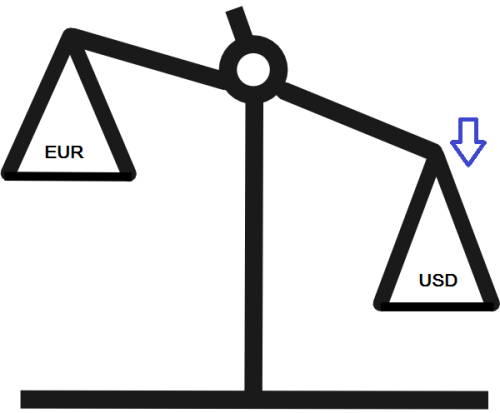 However, some economies may choose to devalue their currency in order to spur economy growth.

Japan’s case is a very peculiar one, as this is an economic policy aimed at promoting investment and growth. So even with a strong and vibrant economy, the Japanese yen still experiences large bouts of depreciation from time to time.


In the currency market, there are many degrees of appreciation and depreciation; just because the USD is appreciating does not mean it will “outweigh” every other currency on the trading board.

From the chart above, we know to sell the EURUSD when the USD is in appreciation mode, but how can we maximize our trading portfolio?

With the USD gaining in strength, it is normal for a trader to sell the EURUSD and GBPUSD. This is because both currency pairs behave in a similar manner; this means they both have a positive correlation.

From the above table, we can see the correlation between the EURUSD and some other major currency pairs. The pairs with positive numbers in their columns are those which have a positive correlation to the EURUSD.

We can especially see a strong positive correlation between the EURUSD, AUDUSD, GBPUSD and NZDUSD.

When the EURUSD is moving upwards, it usually means the GBPUSD will also be heading upwards; so selling the GBPUSD and EURUSD on USD appreciation is a good trading strategy. Within the same above period, the GBPUSD also moved downwards due to the appreciation of the USD.

Looking at the AUDUSD. 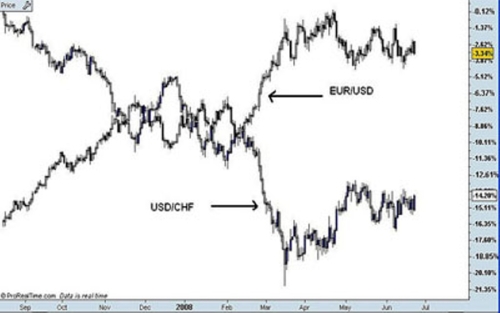 Understanding how correlation between currency pairs work is very important; it provides an opportunity to take advantage of strong trends. Since we know the EURUSD, AUDUSD, GBPUSD and NZDUSD behave in a similar manner during USD depreciation and appreciation, these pairs can be traded as a basket. This would mean going long on these pairs when USD depreciation is noticed, and opening short positions on the same pairs when the USD is appreciating.
Translate to English Show original Toggle Dropdown