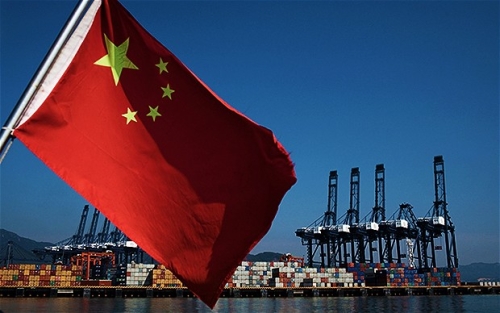 The beginning of this year was remarkable in a way that never before have stock exchanges around the world, commodities, and currencies like the NZD and AUD taken such a dive in the first weeks of January.

All of this happened due to the growing concerns on the Chinese economy and its impact on global economic growth, demand for commodities, and the transactions carried out with its largest trading partners.

In this article I will explain the interdependencies between China and the rest of the world, be it in commodities or currencies. The data is for the year 2014 as we still do not have official annual data for year 2015. There are a lot of numbers in this article, but this is the only way to communicate the importance of this country to the global economy. 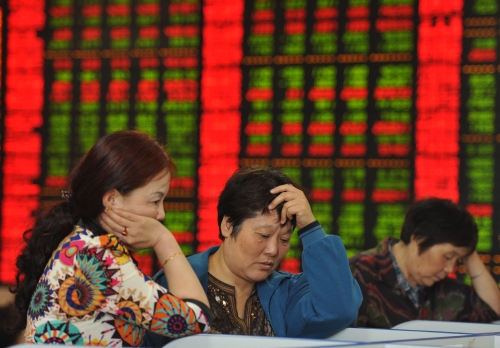 It is the most populated country in the world with a population of 1.37 billion (further “B"), which makes up 19% of the total world population. Therefore, every one out of five people on this planet is Chinese! 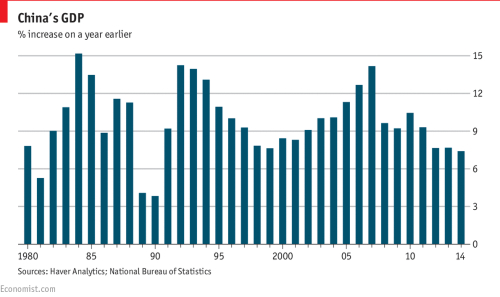 The differences between the economies of China, USA and EU can be seen in the compositions of GDP. Industry and farming accounts for 57% of Chinese GDP and services 43%, whereas services account for 78% in USA and 73% in EU. To the rest of the world this means that the Chinese economy is based on the production and export of industrial goods.

Till recently, the building and steel sectors were the drivers of GDP growth in China. Consequently, any slowdown in any of these two sectors, which are more susceptible to economic cycles as compared to the services sector, would have a much greater impact on the Chinese economy as would be the case in USA, where the services sector makes up the bulk of the GDP. 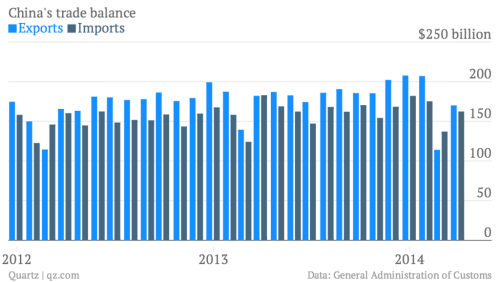 China’s largest trading partner is the USA. In 2014 these countries traded for $620B. The second trading partner was Japan with $343B, fifth Germany with $184B and sixth Australia with $141B. In 2014 China became the biggest exporter in the world, with exports valued at $2.3T, however, it is only the third biggest global importer with imports standing at $2T. USA is ranked as the biggest importer on the globe with imports reaching $2.4T, followed by the EU with imports accounted for $2.3T.

Some countries are greatly exposed and at the same time susceptible to a possible slowdown in China. 36% of Australia’s exports are directed to China, mainly iron ore (which in turn makes up 33% of Australia’s total exports). The share of total exports to China for New Zealand stands at 20% (mainly dairy products, eggs, honey), Japan constitutes 18% (mainly electrical equipment, machines, engines), USA stands at 8% and Germany accounts for 7%. 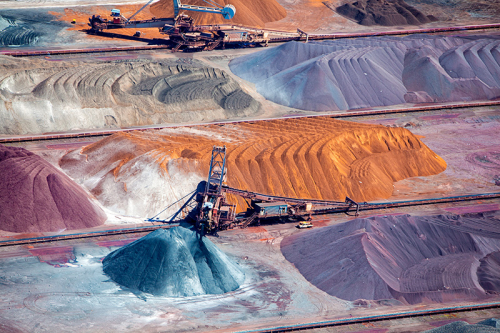 The Chinese economy has the greatest impact on the Aussie (slang for AUD) and Kiwi (slang for NZD), due to the fact that exports to China from Australia and New Zealand have a big share in the total exports of these countries. To put it simply, a lower GDP growth in China translates into lower demand for goods exported to China by Australia and New Zealand, and also lower sales figures and, actually, lower prices for these goods.

As a consequence, producers and the whole economy experience lower sales and income, thus leading to a slowdown in both Australia and New Zealand. The next step would be for central bankers to lower interest rates so as to revive the economies. According to economists’ forecasts, interest rates in Australia and New Zealand are expected to go into a decreasing cycle in year 2016.

Nevertheless, the opposite might take place when the current slowdown in China turns out to be just a glitch and their economy will soon start firing on all cylinders again. Such a scenario, in my opinion rather unlikely, could overheat the economies of Australia and New Zealand, and in such a case the central bankers could start a rate rising cycle so as to cool off the economies.

China is the biggest consumer of commodities in the world. 36% of Australia’s exports go to China, while New Zealand has a share of 20% in their total exports directed to China. Chinese economic growth has a direct impact on the prices of commodities, which translates into lower export sales of these commodities by Australia and New Zealand.

China has the second biggest economy in the world, and is USA’s biggest trading partner, thus making the slowdown in China being felt by companies globally. This could have been noticed in the past two weeks on stock exchanges around the world, where companies with exposure to China were sold off aggressively.
Translate to English Show original Toggle Dropdown