March 2015 - the first month of my participation in Dukaskopi contests. In the month the market situation in the euro-dollar was favorable to my strategy - intraday trends were clear - first big drop in the euro, then pronounced correction. Strategy ended March with a balance of $ 604,000, showing the second result. At the time of this writing strategy is leading the competition in April with a balance of $ 239,000.
The strategy is quite versatile and completely suitable only in a volatile sideways movement when the intraday sharp jumps up and down creating false signals to buy or sell and then change direction. This is trend strategy and is based on the Bolinger Bands indicator.

A distinctive feature of the Bollinger Bands indicator is its variable width due to the volatility of prices. In periods of considerable price changes (i.e. of high volatility) the bands widen leaving a lot of room to the prices to move in. During standstill periods, or the periods of low volatility the band contracts keeping the prices within their limits.The following traits are particular to the Bollinger Band:

Fig 2. Bollinger Bands indicator (shift 10, tf 15 min).
In my strategy intersection of the upper line from the bottom up is a signal for the purchase and closing the sale. The intersection of the bottom line from top to bottom is a signal to sell and close purchases.
This is nothing new. But something I've changed - making a standard indicator parameters amendment - shift of 10. At first glance - is nonsense - as much as possible based on data from the past at the opening position? But in fact, with a deep analysis can identify at least two factors that allow us to explain the best test results with the shift parameter 10. First, it increases the sensitivity of the indicator to the trend, allows earlier open position and make big profits. Second, the indicator line, built on past data, are a kind of support and resistance levels, increasing the reliability of the signals.

Fig 3. Transactions of the April competition.
The technical side of the implementation of the strategy

Initially, visual programming platform seemed not comfortable and not functional. I used to write code for mql4 but a bunch of blocks with a bulky structure of JForex battled me on the spot. But for 2 days during the implementation of the strategy I have fully mastered the visual programming from JForex.
This platform is very good for beginners, do not know anything about programming. Although professional strategies better to use more functional standard tools. 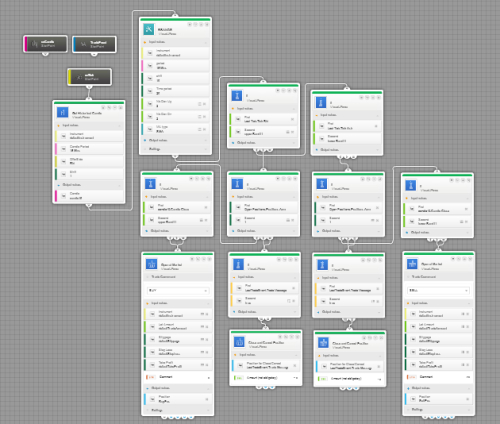 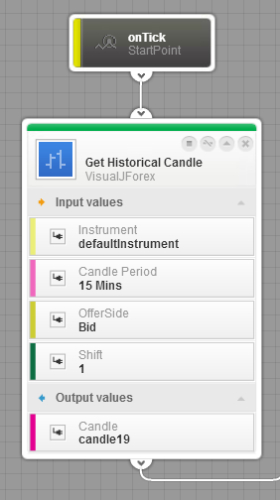 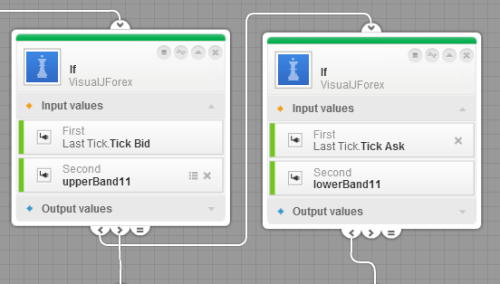 Fig 7. The structure of the strategy part 3.
This is followed by verification of the conditions - whether the price has crossed one of the Bollinger lines (Fig 7). 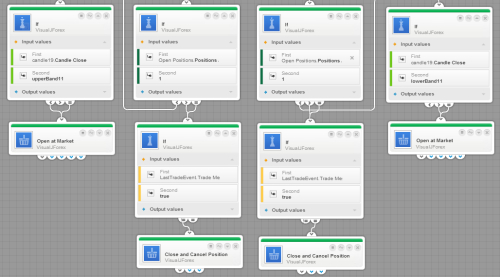 Fig 8. The structure of the strategy - part 4.
Followed by checking for an open position. If there is such a condition for the transaction in the opposite direction, it closes. If there are no open positions - a new position depending on the direction of the trend (the intersection of the bottom (sell) or top (buy) lines) (Fig 8).
At an emergency stop levels set at 100 points.
By testing determined the optimal period - 15 minutes, allowing sufficient to reject false signals to open positions and thus make a sufficient number of transactions. The most lucrative couples - the euro / dollar and the Canadian / US dollar.

Conclusion It should be noted that there are no universal strategies that bring a steady income - is necessary to select a strategy for specific market conditions. Requires a constant search to find something new, have not used, because the popular indicators and strategies can not be repaid because the more speculators use strategy, the less profit you can get.
Currently working on a high-frequency strategy for achieving minimum turnover reguerements - 2 million USD for every 100 USD won in the contest. On the test fulfills the full scope of the week, losing only 20 percent. If you are interested, I can write about this in the next article.
Translate to English Show original Toggle Dropdown