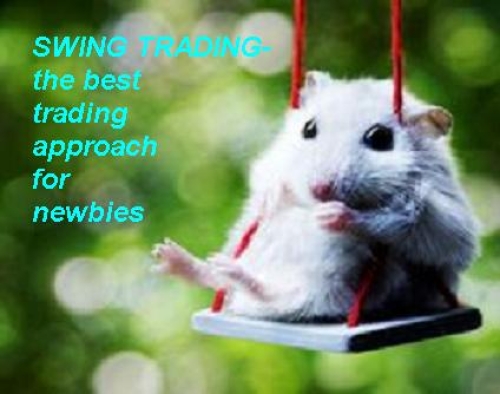 SWING TRADING is one of the most popular trading approaches, well known among the traders , because of its high reliability . It is not so slow as Position trading when several orders are executed during the year , nor so fast as Scalping , used TF 5 -1 min . or even lower .... It tries to capture Market movements within one to several days .That is why it is suitable for Novice traders too . In fact ... if someone master this trading approach , he may apply it in any time frames .
It is highly reliable because :
What is Basic I.C.E. Swing Trading Pattern ? ... this is abbreviation of :
... so basically it means that an Impulse , followed by a Correction , leads to the Expansion.

This is most common pattern when the Market is trending . That is why firstly , the trend should be recognized . 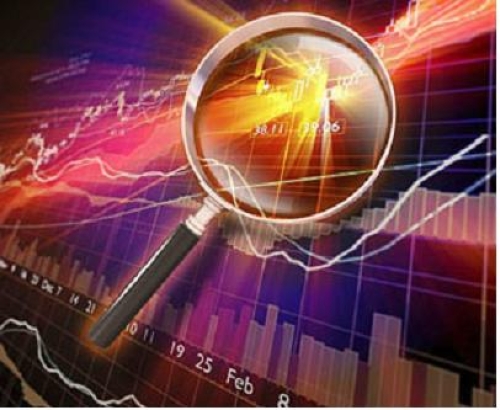 Every financial Instrument , no matter of its Time Frame is in one of those two modes : Trend or Range .

In Trend mode , the price makes a significant big movement in relatively short time period . This is an Impulsive movement . In Range mode - the opposite - in long time period the price makes small movement , often a correction .
The simplest method for describing it is by using Lines of Support and Resistance , Trend Lines and Price channel .

A Trend ( for example Upward Trend ) starts with strong Up Price movement , breaking out the previous Resistance Line or Down Resistance Trend Line , and it continues to make Tops and Bottoms where every next Top is higher than the previous one and every next Bottom is higher than the previous one .
This is a price action confirmation of the possible new movement in a particular direction . The Price should breaks out with strong momentum previous Trend Line or Support / Resistance Line .
In Elliott Waves theory , the Impulse is described as a waves pattern with specific structure . Also , different Indicators may confirm it too... MAs , MACD , Momentum , Williams %R .
.... But this is NOT the right moment for opening the position . Swing Traders are smart and patient . They know that this may be a false break out , leading to adverse loses. More over, they know that every Impulsive movement is followed by a Correction. So they wait for some more time to get precisely in the Market.
In the Trend mode usually the Impulse is followed by a Correction. This is a congestion of the price movement with uncertain structure and length . It is impossible to predict just when it will end . Previous Support / Resistance Lines , Candlestick formations , Fibonacci levels of retracements ( 62 %, 50 % , 38 % ) are possible points for reversing .
By using Pending Stop Order , the position should be opened when the price start moving in the desired direction or some false entries will be reduced .
Swing Traders know that even the best Set Up may fall . Losing trades happen , they must be accepted . So applying the Proper Risk Control and Money Management is essential part of the Trading .
Expansion is the expected Price movement to benefit from . It takes long price distance for short time period ; exploded profits. Its distance can't be exactly predicted too . It may last to the next Resistance / Support Line , to the opposite band of the Price channel , to some of Fibonacci extension levels (100%, 160%, 260%...)
Depending on the Trading Plan may be set Take Profit , or may be used Trailing Stop . Both have advantages and disadvantages . The smart Swing Traders are disciplined and follow the main rule " Keep the loses small , let the winnings run " , so finally the profits exceed losses. 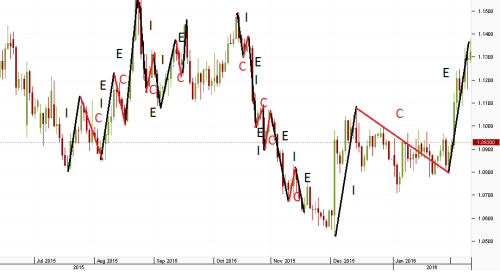 I.C.E. pattern is not something new , original invention... it is well known pattern maybe in different names like 1-2-3-4 or another . But it is doesn't matter ... more important is to be found in the charts and traded with confidence . Mastering this approach is a great opportunity for big profits . But be careful... follow the rules of your Trading Plan ... and DON'T Overtrade . 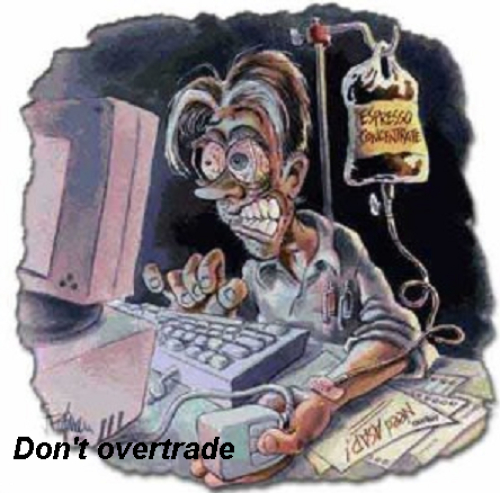