Community
Article contest
All about Trading on Economic News Release Hello my friends, today I tell you a story!

This is just an example about NFP, the most important economy news release, the first Friday of every month, at 8:30 AM inside the white-stone building of Washington. Nonfarm Payrolls measures the change in the number of people employed during the prior month.

The world receives several economic news releases every day from the entire world.
Precisely where they go to be confined can vary day to day. It could be in a dilapidated government building one morning and a high-tech office complex the next. Regardless of the location, what occurs in all these places is always the same.

Economic data tends to be one of the most important catalysts for short-term movements in any market, but this is particularly true in the currency market, which responds not only to U.S. economic news, but also to news from around the world.
These are the most important news releases that are index in the economy market for every Country. 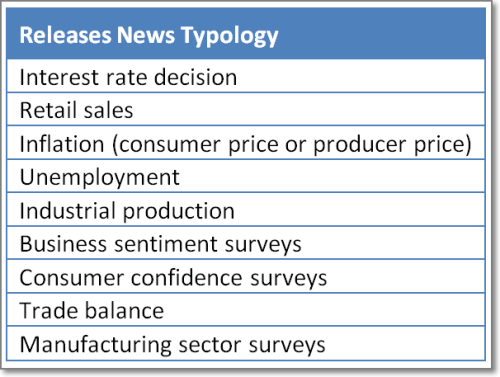 In internet we can find several professional web-page with information about the economic news, a calendar with list of the news (day and hour), the impact (low, mid, high) in the market, the last (past) releases, the forecast and more information about every news. 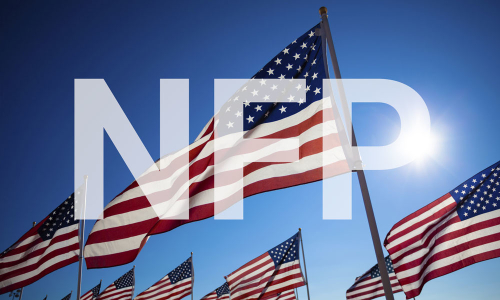 EXAMPLE OF A NEWS RELEASE:
We use as example the most important news, the “NFP Employment change”.
The NFP report causes one of the consistently largest rate movements of any news announcement in the Forex market. 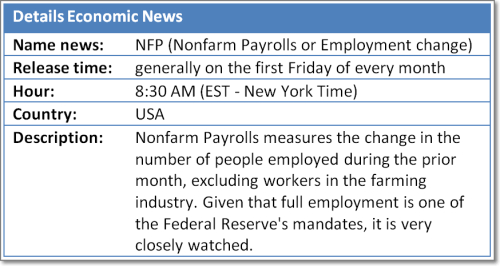 This is the release graphic in time frame 1 minute: 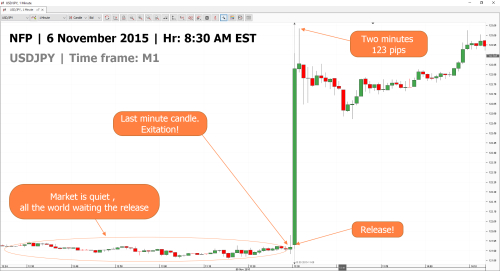 IMPORTANT:
The real value that moves the market is the difference between the forecast and the actual release value.

In this case the forecast was already stronger than previous and the release was stronger than forecast.
The news was been fully positive for the USA economy and for USD
The difference was 191 K (271 k - 180 K) 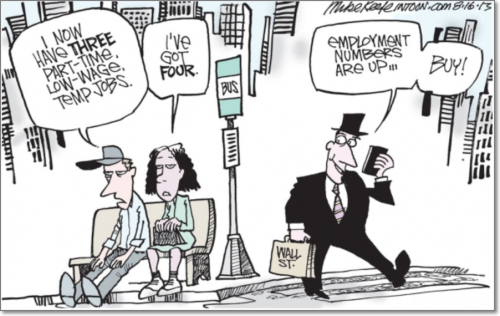 VIDEO OF THE RELEASE:
I produced a simply fast video to see the release with candle movement.
I used the strategy tester so is not in real time but a little bit fast.

First of all please note that to trade news is dangerous for the high volatility, wild and erratic price movements can extend against the trader. Always is important a real good money management and always the stop loss protection.

There are several strategy to trade news but I present three:
1. Autoclick
2. Struddle
3. Manual trading

1. Autoclick
The autoclick is an application that receives and uses the release data to fire the trade with fast execution.
It can be a “robot” or “software autoclick”:

Robot (or Strategy in JForex): is possible to set the pair, the trigger, stop loss, trigger, slippage, maximum spread end more.
If the trigger data (difference between forecast and actual release) is higher that our setting the robot fire trade (buy or sell).

Autoclick (Software): normally have the same setting of the robot but is necessary to set two coordinate points in the screen, one for buy and one for sell (one click trading option). The autoclick simulates the click of the mouse like a manual trade.

The advantage and purpose of this technique is to fire trade before the strong spike.

The disadvantage is various obstacles that arise in the execution concerning the signal delays through the steps.
Moreover there are strong condition of the market for high volumes of trades, high spread, slippage and low liquidity. 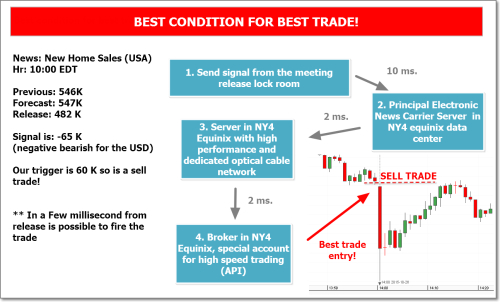 2. Straddle
Normally is a robot (strategy) that a few second the release places two pending order (sell stop and buy stop) at same distance from the actual price.
In case of spike we can get a good entry in the correct direction. Normally the activation of an order induces the cancellation of the other.

The advantage is the good entry in case of a clean and wide movement of the spike.

The disadvantage is bad trades entries due to the slippage, high spread and wrong activation with low impact of the release. Sometimes due to the high volatility it can be possible the opposite the activation of the opposite order respect to the real movement of the news.

Example of setting:
Time before release: 5 sec.
Pips away: 10 pips 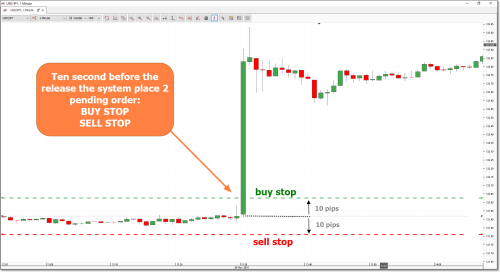 3. Manual trading
Is possible to trade during a News, we can lost the first minute and the first spike, subsequently we’ll trade in the same direction or in the retracement due to the analysis of the following condition:

1. The release of the news
2. The principal trend
3. The resistances and supports
4. The wide of the first spike

In internet there are more information about several strategy to trade with high volatility during the news.
However the best way is the experience, accurate analysis, investigation about "past release news" and good money management. 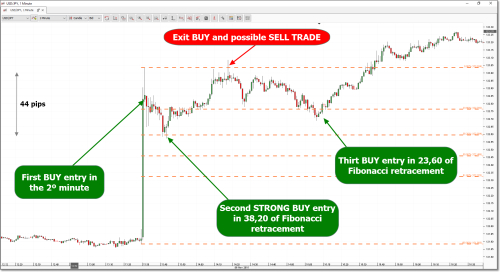 To trade news can be profitable but is not so easy.
The high volatility can be useful to get very good profit but also is cause of high risk.

I suggest to take time to learn about this trading strategy, and at first try trade news in demo account or low inversion.
I remain at your disposal for any further information.