In this article AUDUSD will be analyzed both fundamentally and technically and as known nothing is impossible in Forex so different scenarios will be drawn to express about the most probable scenarios with the AUDUSD.

What is affected the move of AUDUSD nowadays:

AUDUSD is affected now by two different policies by both Reserve bank of Australia (RBA) and United States Federal Reserve (FED) and also affected strongly by commodity prices which strongly hit Aussie in the last year, finally Aussie and other currencies is affected due to strong growth in US in the last months which make US$ to be favored.


RBA cut interest rate and is ready to do more as necessary, RBA still made quantitative easing (QE) and if needs it may extended it.

Aussie was hit strongly due to collapse of commodities last year, Aussie suffered hardly from losses of Gold and steel… etc. any recovery in commodity prices should push Aussie higher.

Last year both gold and Aussie were hit hardly and this year both of them seemed bottomed as seen in charts below: 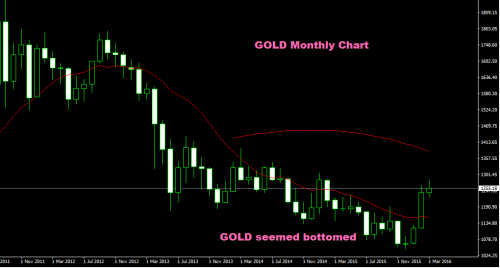 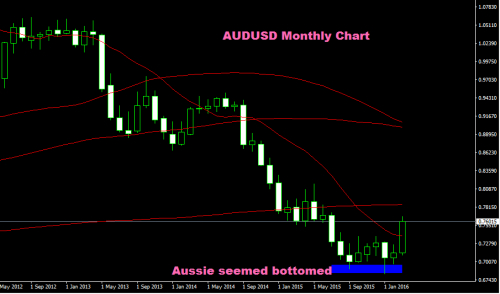 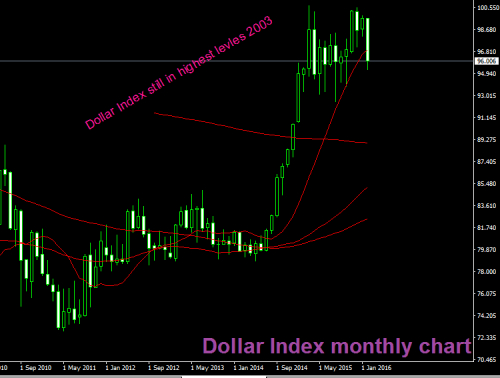 AUDUSD broke multi monthly resistance at 0.7400 holding now around 0.7600, as 0.7400 was clearly broken this month then it will strong bullish signal for the pair for the midterm view, any close again below 0.7400 will dampen any expected bullish view so 0.7400 area will be critical and should be noticed before any long or short entry on the pair, at upside, pair will face strong resistance around 0.7750 but the extremist strong resistance will be around 0.8000 which will hold in the midterm view. 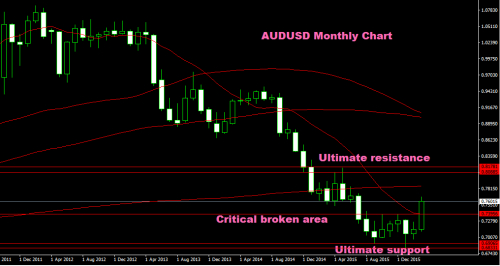