Today, a hot August day, the entire population was celebrating the first anniversary of the liberation, and the president of the Unified Nations (UN) was doing a celebratory speech.

"Brothers and sisters ...” he started "... today, Aug. 22, 2199, we are gathered to celebrate the memory of our fallen brothers during the 185 years of war in which we have suffered, fought and finally won, what we can now say as the worst enemy of the human race ... ".

It was during these words that a soldier took me aside with my team. Accompanied by the roar of the crowd, entered the meeting room where we found the Commander with a woman in uniform and three soldiers. I sat down in front of her: she had a decorated uniform for the event, wearing several medals. While sitting down motionless with impenetrable black eyes, her appeal was likely to pass everything else into the background. Alan sat down at my right hand, Keyra and Joshua on my left.

"Gentlemen - began the commander - few hours ago an important rescue mission was accomplished. I will not go into details now, because we have very little time before the President ends his speech and give off the festivities. Captain Red, will give you all the information. I have called you here to make formal presentations. Captain, you have the floor!"

At that moment I realized that I did not notice the rank of captain, even though she was sitting right in front of me. Perhaps because of all the medals… or more likely her black hair and dark, deep eyes captured most of my attention.

"It took several weeks to complete a delicate data recovery operation. In a hostile station we were able to find some documents still partially intact despite the... "

Alan kicked me on a leg; he noticed I was completely captured by the charm of the captain, more than interested in the mission itself ... (he probably was not the only one who noticed).

"... Our task therefore will be to elaborate all data and based on these, plan other rescue missions. I will be proud to work with your team captain Ross in this important mission, and I hope we will get the results, and finally see how life really was before the era of invasions. "

"Thank you Captain, the pleasure is all ours!" - I replied. Had no other words to add.

The meeting ended with the greetings of the commander who then ordered to a soldier to accompany us back out. The President had just finished his speech and now the square was completely overrun by the sound of drums and songs of celebration.

The meeting with captain Red and her team was established tomorrow after lunch, in the dead of night.

The sweltering heat of this August has prevented me from sleeping. Also I‘m not yet used to this mini-bunker... I really did not displease the great halls that we shared with the other teams, it gave me a greater sense of security and it was nice to always have someone to share the events that occurred during the day.

Now that war is over, the old base dug under the ruins of what was once called "Antananarivo" was superfluous, and the protection of the sea was no longer needed. In this new station, everything has changed, everyone has small gaps to retreat and sleep but for the rest of the time everyone is gathered in the various collective rooms created. The most beautiful of all is the main hall, named "sun-hall": they built giant movable panels to let sun-light to penetrate for a few hours every day at dawn and sun-set time, so everyone can see the sky without having to wear masks, helmets and protective clothing or without fear an attack of those damned...

"Did you sleep well?" – She asked smiling

"The worst night of the year!"

"Well never mind: it was the first of the year, the second one will be better!"

Keyra is the spirit of the group, she always manages to find the right beat or the right way to tear a smile. She’s a beautiful woman: her dark skin contrasting with almost transparent eyes, embarrasses the majority of men.

I could not restrain the ‘smile of defeat’. She noticed. That was enough for her: mission accomplished!

"What do you think about this situation, Keyra?"

"Well it's a rather strange task. We already know many things about the past, what the reason for rummaging in the ruins of lost cities. What could we ever find so useful?"

Throughout the night, the station is illuminated with floor LED that create a strange light, similar to a dawn: all generators are buried so (they say) is much more logical to have the lights on the floor.

Captain Red and her soldiers were waiting for us down the hall, just below the windows from where now one sees the starry sky. Welcomed and took us to a small room adjacent, where they had already joined 3 tables. She put the bag she was carrying with her on the tables, and literally emptied it over. So did the other three soldiers, with as many bags.

"This is what we found in the last mission. Some papers are obviously burned, others torn, some ragged, some pieces are missing and we might not ever find them again ... There is no type of radiation, infection or fungus of any kind, we checked everything very carefully. "

"Then what are those gloves for?" Asked Alan.

"The sweat of our hands could ruin the documents!" Red answered with the tone of who was ‘expecting the question’.

We spent the whole night to see the pieces of paper, trying to unite the various parts. We split everything into 3 categories: printed, printed with images, hand-written. We numbered each piece, and created a list of everything. So far it was very simple, and in some ways even funny. 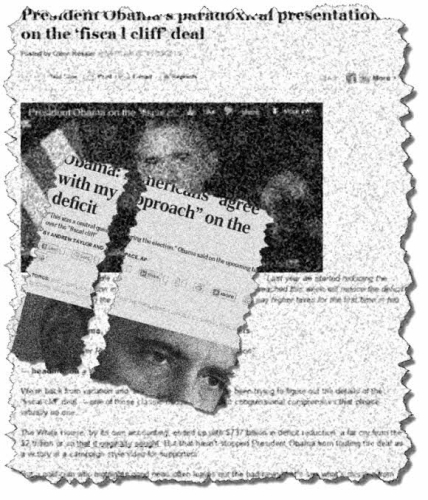 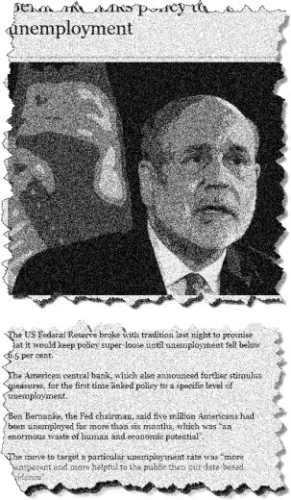 There were many pages dedicated to Obama that appears to have been the president of the old United States. More (perhaps most) are about a certain ‘Ben Bernanke’.

"It seems that these two figures were very important for the people 200 years ago!" - Red turned to me - "we have a point on which base our research! If there are so many representations of these two men, there must be a reason!"

"I agree! Moreover, almost all pages are readable, I think we can extract very valuable information. For some reason the enemy had these documents. Many are torn or damaged by heat and radiations, but basically they are intact. It seems they wanted to keep them!"

"I hope we can figure it all out. Here are several handwritten documents .. uhm .. annotations of various kinds, seems letter codes. On this there is still an attachment" 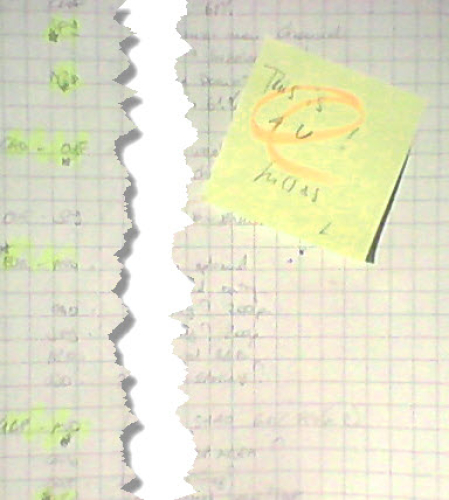 "Hey Eric, look at these pictures: it seems that 200 years ago, people already had eyes on enemy bridges. But there is something strange ... uhm ... "

"In these images, the bridges are damaged with missing blocks.. look!" 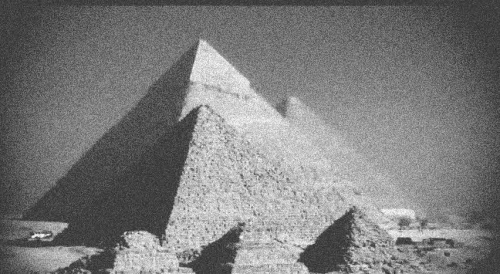 "Well I'd say that's enough for today!" - Red - "Tomorrow we will continue trying to put the pieces together!"

We left the room and we were back in the main hall. The vision of those images caused me a shiver. The battles against those cursed beings ended 18mesi now, even if only one year ago we officially declared the end of the fighting but i still feel like that damn alarm can start playing again at any time. We all were shocked and confused so I tried a diversion...

"Captain Red, I would suggest to meet before lunch, we exchange different opinions, and then continue to work after lunch. This will at least speed up the time, given the amount of documents to be analyzed!"

"I agree. Well, see you all tomorrow”- said goodbye and walked away.

I said goodbye to my team, and I retreated on my bunker. It's getting hot, and I wonder if we ever come back to live in the day.