Central Banks are clustering negative interest rates as a new fashionable monetary policy tool. After Sweden, Switzerland and Denmark, the new fellows are the Bank of Japan and the European Central Bank. 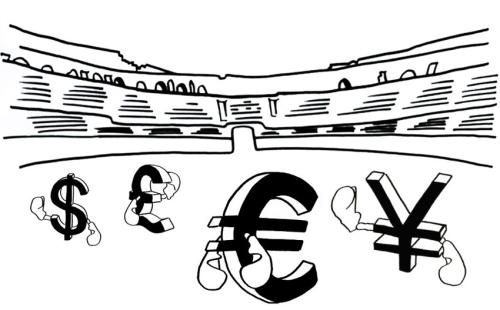 The ECB has cut a key rate further into negative territory in March 2016. It now charges banks 0,4% to hold their cash overnight. Draghi said that the central bank’s stimulus measures are intended to last until March 2017 or longer if necessary.

The Bank of Japan has also adopted the negative interest rates strategy. It is now charging banks 0,1% for parking additional reserves, with the aim to encourage lending and prompt businesses and savers to invest.

It seems that central banks are all seeking a weaker exchange rate without weighing the risk of an open currency war, losing their ability to boost prices and competitiveness through currency devaluation.

that when banks absorb the cost themselves, it squeezes the profit margin between their lending and deposit rates,
and might make them even less willing to lend. (...) negative rates haven’t sparked the bank runs or cash hoarding
some had feared, in part because banks haven’t passed them on to their customers.
Swiss National Bank President, Thomas Jordan [2] added on last February:

Monetary policy cannot cushion the fallout of every negative development in the world’s economy or international
financial markets.
The United States and the United Kingdom have adopted QE without negative interest rates, and currently are doing better.

In Japan (Q)QE has been applied since 2013 without providing enough results to popup the flood of easy money. In March 2016, the ECB has raised asset purchases from 60 billion to 80 billion euros. 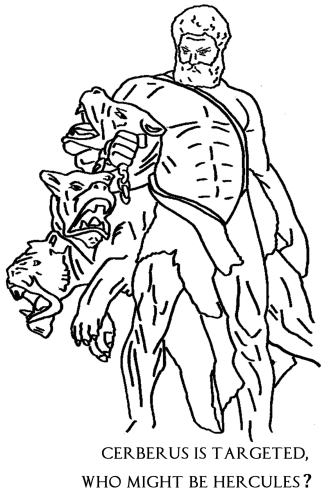 QE programs have been criticized of distorting stock prices and several other assets. Nevertheless, history showed that QE by its own has restored growth and helped to reach labor market stability, both in the US and UK.

The usefulness of QE near negative interest rates is still to be proven; history will judge.

An overall macro-economic insight unveils 3 sources of worries in which a deep recession might be getting steamed on – low inflation, low-growth and low interest rates – an “economic Cerberus”.

Currently, central banks playing the role of Hercules, are doing their best efforts to capture Cerberus. When this capture occurs, the market is expected to regain its confidence and to achieve higher levels of demand.

However, playing Hercules is not an easy role. Given the lack of resilience in the scope of available monetary policy tools, instead of central banks, governments shall try to take this role.

Mark Carney, [3] Governor of the Bank of England, speaking at February’s G20 meeting in Shanghai:

Governments had not used the window of opportunity to boost investment and raise productivity, while the slow
pace of reform implementation alone was at risk of entrenching low growth expectations. (...)
Global growth has disappointed because the innovation and ambition of global monetary policy has not been
matched by structural measures.
Moreover, Mario Draghi [4] said that monetary policy:

has been the only truly stimulative policy in the last four years [in the Euro area].
For the Euro area it will be strategically difficult to find more room for budgetary stimulus while some countries are still struggling to accomplish imposed deficit targets.

Handling Cerberus it is not an easy task. Plans are on the run, meanwhile queries are being raised. It would be best for Euro area, that politicians agree on handing over greater powers to the ECB, or hurrying in changing budgetary targets allowing governments to role as Hercules?

Let’s hope that before the next financial crisis happens, hopefully in the distant future, central banks and politicians will have found a better approach to deal with Cerberus.