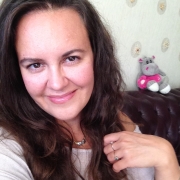 Aim of strategy is to trade at the start of the week when usually and relatively there are no very big movements. Additionally strategy activity is limited to trade only during Asian session and start of European session, i.e. from 0 GMT till 9 GMT, in order to limit strategy activity to less movements periods also. Principle of limiting it is realized through weekly positions counter which allows opening no more than 12 positions during week. Logic of such approach is that if there are not very big movements from weekly candle open at the start of the week there could be sharp movements later and if movements are quite substantial later returns are quite possible. Every week first trade direction is determined by comparing latest tick to previous 10 min candle open price. If latest tick is higher than previous 10 min candle open long position is opened and if lower - short position is opened. Next trades are in opposite direction to previous ones. Every Friday if there is opened position (but aim is not to have opened position by limiting positions number during week) trailing stop of 3 pips to position is attached and stop loss is moved to 10 pips from position in order to close position before weekend. Also during Fridays position size to be used for next week positions is determined based on account equity - if equity > 125000, position size is set to 10M, if equity >150000 - 12M, if equity >175000 - 14M, if equity > 200000 - 16M. Initial position size is 8M, SL - 300 pips, TP - 3 pips.