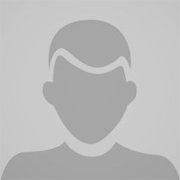 my strategy is symmetric strategy on Euro/USD pair, with amount 8 : the main used indicators are SMA , RSI and STOCH which are computed on hourly base frame. The strategy started on Candle. then it filter eur/usd pair and then it filters 5 minutes candle (using if condition logic unit). then it computes four indicators SMA period 5 , hourly , SMA period 10 , hourly , shifted1 SMA period 5 , hourly and Shifted1 SMA period 10 , hourly . Then it starts STOCH (14,3,3) sma hourly indicator and then it starts RSI 9 hourly indicator. however on tick it consider tow situations uptrend and downtrend. in the first case if sma5 is higher than sma10 then we compare the sma 5 shifted with sma 10 shifted, otherwise we cancel the buy posiition because iwe should not have buy and sell order at the same time. then if sma5 shifted less than sma 10 shifted it checks if the k slower and d slower of stoch is smaller than overbought threshold 80. then it checks if RSI is less than rsi is less than 50. then it checks if it didn't open any posiiton yet then it creats the buying order with 25 take profit and 25 stop loss. starting from On tick, the vise virsa is applyed for the downtrend. the algo is tested on january to march 2014 and january to march 2015 and it works well. however it should be tuned on other months with different parameters. it has been tested on other month of the year and it caused harmful loss. in the last version a trailing stop has been added.