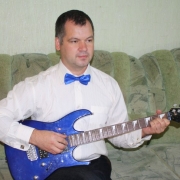 The strategy uses a combination of M1, M5 and H4 timeframes as well as ATR, RSI and SMA indicators. The trading logic is to make profit by selling when EURUSD is overbought and buying when it is oversold. Firstly, it is calculated a 30-period sma from ATR on H4 chart. Trading takes place only in rather volatile periods when a 14-period ATR is higher than the 30-period sma of ATR. Secondly, it is calculated a 5-period sma of RSI. The strategy sells if RSI crosses the 5-period sma of RSI downward in an overbought zone above 70 and buys if RSI crosses the sma upward in an oversold zone below 30 on M1 chart. All positions are closed when price reaches a 100-period sma on the M5 chart or when volatility falls according to ATR indicator as it was mentioned before. All trading occurs between 6 and 20 gmt with a lot of 5 million on M1 chart.