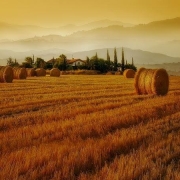 hello the strategy i use depending on two parts the first one start point on candle and the second one start point trade event i work on the instrument EUR/CHF . I made the max spread that opens trades at 2 points because of the high spread in the asian period and to avoid it with the opening of markets . THE FIRST PART every day checks situation in the market by measuring 1 hour RSI and if RSI is higher than 75 short position of 10M, TP 4 pips, SL 60 pips is opened and if RSI is lower than 25 long position of 10 M, TP 4 pips, SL 60 pips is opened . the second part opens 1 or more positions during day (if there is no open positions from previous day) until some position is closed with profit.. Amount of first position is 3.5M, amount of second and following positions is increased 2 times. Before using this amount for trade check if there is enough margin is made. If margin is not enough amount is decreased in order to conform margin requirements. Additionally initial SL is increased by 10 pips and TP is increased by 25 pips. Initial SL is set to 45 pips, TP is set to 11 pips.First position is dedicated for benefiting from daily candles tails. Strategy checks if rate is higher or lower than daily candle open value by 10 pips and if it is a case opens SHORT or LONG position. Principle of such logic is that daily candles usually have tails and move to one direction is usually followed by move to another direction before daily trend is unveiled. If this trade not succeed another trade is opened by using principle described above. Principle of second and following trades opening logic is that larger movement to either direction (SL is set to 55 pips or more) usually is followed by some pullbacks. As second and further positions amount is higher and TP is bigger following positions is also dedicated to cover previous positions losses. (first and second (second depending on accrued balance) following in full, third and further partially). You can check my blog : https://www.dukascopy.com/fxcomm/blog/?action=post-show&post_id=223185