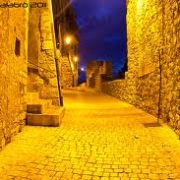 Overview on monetary policy of currencies.
Swiss inflation showed steady bottom of long-term bearish trend in fall of 2015 year with -1.3%y/y, but for now, yearly pace is 0.6%y/y and last monthly data is 0.5%m/m . In march 16 was decesion about interest rate, SNB left interest rate without changes with -0.75%, interbank rate famous as Swiss franc LIBOR 3M Rate -0.73%.
Inflation in Singapore was on long-term bottom in spring of 2016 year with -1.6%y/y, but since those time, it grows constantly and reached 0.7%y/y in last release. Threat of deflation continue to leave. Nevertheless, In february 2016, main interest rate in Singapore has been decreased from 0.46% to 0.22%. Singapore monetary authorities often changes interest rate.
Both currencies stays as quiet harbour of capitals despite on low rates.

Charts.
Rate of chf/sgd demonstrate narrowing figure with small angle to strengthening in swiss franc in march. But this strengthening can't looking as real trend, direction in pair was changed so often for last times. Pair has multiples top on 1.4266, it could be sign of decline in pair in nearest months, i think that april could be still quiet month on forex and low range for target is best idea. Pair can reach some level on top and then again to fall as it was happened in last years and months.